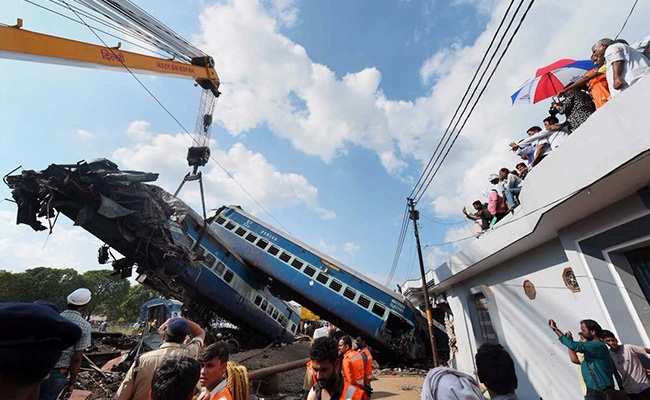 Taking stock of the series of derailments this month, the draft report of a committee set up by Railways Minister Suresh Prabhu recommends that divisional railway managers (DRMs) be more empowered to take decisions, particularly in emergencies.

The committee, ‘Making Divisions as Strategic Business Units’, was constituted by Mr Prabhu in June to finalise a process by which more financial and executive powers are delegated to divisional railway managers so they are able to handle day-to-day operations more effectively.

It is expected to submit its final report to the minister next month, a senior official told news agency PTI.

A Divisional Railway Manager or DRM heads the organisation at the division level and is primarily involved with the running of trains, customer interface and maintenance of railway assets.

According to the draft report, accessed by PTI, divisional railway managers should be fully empowered to grant blocks — stopping or diverting trains till work on the tracks is over — for up to three hours.

“No questions should be asked on regulation of trains for maintenance blocks,” the committee has recommended.

The three-hour time frame has been suggested, sources said, to ensure that the block does not effect running of trains on other connected divisions.

The suggestion from the committee headed by Director General, Personnel, comes days after the Kalinga Utkal Express derailment in Khatauli in Uttar Pradesh on August 19 in which 23 people were killed. The divisional railway manager of the Northern Division was among those sent on leave.

“We are also working to see that they are relieved of procedural rigmaroles,” an official in the ministry said.

The committee has suggested in its draft report that full flexibility be given to DRMs to utilise their revenue grant across ‘minor head’ and ‘primary head’ within the overall spending limit given to the division.

It has also recommended that divisional railway managers should have the power to make emergency procurements so that safety related issues are addressed quickly.

“The system of procurement through stores depot to be modified to address gap in availability of safety items in sufficient quantity, affecting reliability and safety of assets,” the committee said.

It said that the divisions should be enabled to place supply orders directly to the vendor against the pre-decided rate contract.

According to the draft report, the tendering system in work contracts at divisional level should be simplified.

It has suggested that the railways should replicate the process followed by the Central Public Works Department where contractors are pre-qualified by headquarters and a list of approved contractors is maintained.

The Indian Railways is divided into 16 zones, which are further sub-divided into divisions, each having its divisional headquarters.

There are a total of 73 divisions. Each division is headed by a Divisional Railway Manager.

There have been three derailments since the Kalinga Utkal Express accident on August 19.

About 100 passengers were wounded when 10 coaches of the Kaifiyat Express train derailed on August 23 in UP’s Auraiya district after crashing into a dumper on the tracks.

On August 25, six coaches of an Andheri-bound local train derailed in Mumbai, injuring six passengers. Yesterday, a landslide caused by heavy rain led to the derailment of the Nagpur-Mumbai Duronto Express in Maharashtra. No casualties were reported.