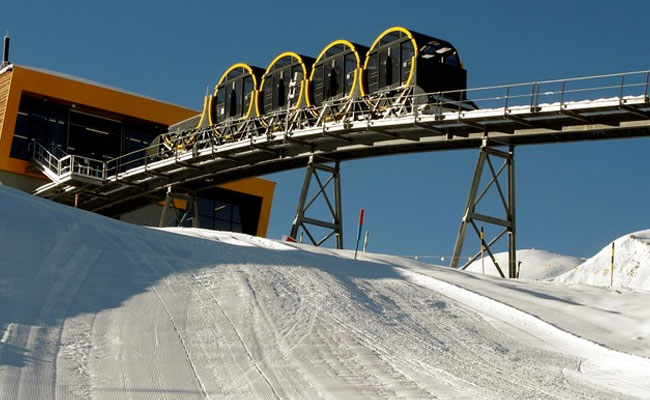 Swiss technology is due to hit new heights on Friday when the world’s steepest funicular line opens at one of its Alpine resorts.

The train, which will go into public service on Sunday, will climb 743 metres over a span of 1,738 metres, at speeds of up 10 metres per second.

“After 14 years of planning and building, everyone is very proud of this train,” said Ivan Steiner, spokesman for the railway.