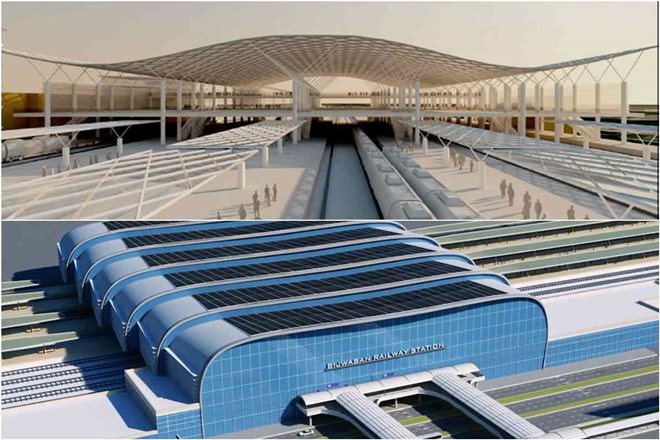 The agenda of the meeting was mixed-use development of the railway station on the land parcel on the basis of leasehold rights. The meeting was conducted via a video conference on Wednesday. The meeting for the redevelopment of Anand Vihar and Bijwasan railway stations in Delhi was attended by Adani Realty, Bharti Realty, Larsen and Toubro, GMR, Eldeco, Godrej, R Cube, Kalpataru Power Transmission, and R Retail Ventures.

Airport-style separate entry and exit points at the station to avoid crowding and to ensure efficient movement of passengers.

For an enhanced waiting experience, shops and food stalls would be functional at the departure section.

The stations would be environment friendly and divyang-friendly

According to a tweet by the IRSDC, the vision of the nodal agency for these stations is to ensure that the land of the railway station is used for multiple purposes and that there is a round-the-clock city centre at the railway station complex. IRSDC also wants the development of the railway stations to be in a way which promotes the movement of pedestrian and non-motorised transport (NMT). The vision also includes the plan to develop safe and active streets and a complex with significant green areas to ensure the quality of life as well as value addition.

During the video conference, the artist impressions of the proposed railway stations were also shared with the prospective bidders and stakeholders. Financial Express Online had earlier reported that both the Anand Vihar and Bijwasan railway stations will be awarded on the EPC or Engineering, Procurement and Construction mode. While the revamp of the Anand Vihar station is expected to cost Rs 224.48 crore, the Bijwasan station redevelopment is likely to be a Rs 270.82 crore project.