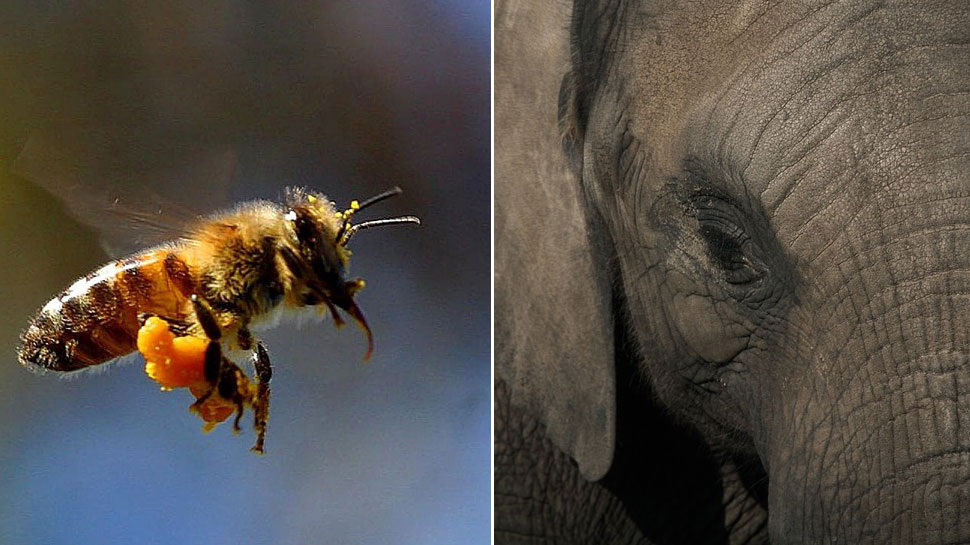 Why elephants get spooked by the sound of the honeybee swarm? Science can surely help us answer that, but the Indian Railways has found an ingenious way to make the best use of that!

Despite their thick skin and size, elephants are terrified of bees, particularly of being stung on the sensitive trunk. Such is the fear, that a “bee alarm” almost immediately goes off in the elephant herd with the slightest of buzz.

The state government plans to use the bee sound to keep the endangered pachyderms off the railway tracks, a major source of their accidental deaths.

The Northeast Frontier Railway has deployed devices which amplify the buzz of swarming honeybees, which scares away the elephants.

The device, which costs about Rs. 2,000 and audible to an elephant 600 meters away, was successfully tested near the rail tracks earlier this week.

In 2016 alone, 16 elephants were killed in train-hits, while this year, the figure already crossed half a dozen.

According to an elephant census conducted by the Assam forest department in 2011, there were around 5,600 elephants in the state.

Between 2006 and 2016, around 225 elephants were reportedly killed in train-hits and growing man-animal conflicts.