Why ‘Metro Man’ Sreedharan is against PPP Model in Rail Projects

Aug 18, 2017 Posted by Indian Railways Updates Indian Raliways News Comments Off on Why ‘Metro Man’ Sreedharan is against PPP Model in Rail Projects 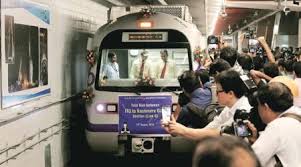 The Centre’s growing emphasis on Public-Private-Partnership (PPP) model in transport infrastructure underscores a cash crunch in the coffers. Along with mounting fiscal deficit, governments in the states and Centre are also hobbled by a lack of institutional framework that would have made private investments viable and sustainable in the long run. It is in this context that ‘Metro Man’ E Sreedharan’s scathing observations about the Union government’s diktat on seeking private participation in urban mass transit projects assume importance.

E Sreedharan, famously known as the Metro Man, has always been a vocal critic of PPP (public-private-partnership). Therefore, his reluctance in executing urban rail projects on PPP mode is not new and if facts are to be believed the 85-year-old’s fear is not misplaced either.

It all might seem a good idea to invite private entities to capital-intensive projects, but as Sreedharan rightly points out private funding in infra-projects would seek higher returns in shorter time frames, which is virtually impossible in the case of metro since fares must be kept reasonable, if not low. With real-estate prices witnessing a sharp decline, the carrot of land parcels for property development hasn’t also worked. It is clear that the onus of developing mass public transport is on the government if it wants cities to grow as economic hubs — Mumbai’s wheels of commerce are powered by the suburban railways network. Going by past fiascos, depending on private participation is too risky a proposition for developing metro rail. The government must pay heed to his warning that the new policy could sound the death-knell for projects around the country. His words must be taken seriously.

The project got delayed on several accounts and was finally salvaged by Sreedharan and launched in February 2011. In the airport line, DMRC invested 55 per cent of the cost (50 per cent of which was borrowed from Japan). Reliance Infrastructure, which was the only private player to come forward, invested in the rolling stock, electrification, and signaling.

According to latest media reports, the Metro Man has once again questioned the feasibility of PPP projects. PPP in India was tried out in Mumbai, Hyderabad, and the Airport line of Delhi, but the experience has not been good.

In Mumbai Metro Line 1, Reliance Infrastructure took almost seven years to complete 11 km of the relatively easier elevated line and they now claim to be losing Rs 50 lakh per day in revenue everyday despite the very high fares they are charging. In Chennai, the state and central governments invested all the money with borrowing from Japan.

The Union Cabinet on Wednesday cleared a new metro policy under which the future metro projects will now be tendered after evaluating their social and economic impact in addition to considering financial returns.

The policy opens a big window for private investments, making the PPP component mandatory. “Private participation either for complete provisioning of Metro rail or for some unbundled components (like automatic fare collection, operation and maintenance of services, etc) will form an essential requirement for all Metro rail projects seeking Central financial assistance,” the new policy said.

The new policy provides for a rigorous assessment of new proposals and also proposes an independent third-party assessment by government-identified agencies.

Sreedharan has even said that no private company will come forward for construction of Metro rail as it is not a profitable investment. This could also be true since the metro projects are left to be taken up in tier II cities where the traffic volumes may not be as high as in Delhi and Mumbai.