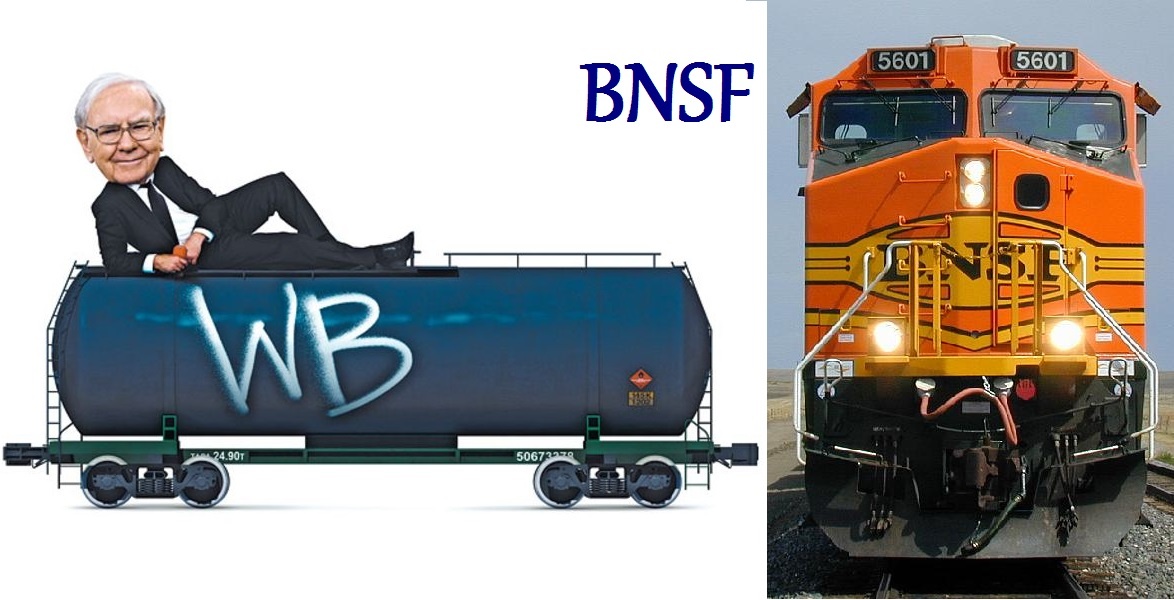 BNSF will join the Alliance’s other members in experimenting with how to use blockchain — the house that Bitcoin built, as it were — to create new “standards in such areas as vehicle maintenance, quality control and fraud prevention.”

“It is important that the industry comes together to align around a set of standards.”

So Buffett and Munger may be opposed to investing in bitcoin directly. But, through BNSF, they now apparently have no problem owning companies enjoying blockchain plays of their own.

The Future of Transportation

With logistics and supply chain projects beginning to abound in the cryptoverse, BiTA has no shortage of options to choose from for research or experimentation. But whatever happens, the Alliance’s self-described vision is clear:

Members of BiTA know that blockchain is the way of the future, an industry changing technology that will revolutionize the way people do business. BiTA wants to usher in this change in a uniform way that will benefit the entire industry.”

How IoT Is Making Private Railways Safer – From thermal imaging to audio sensors, the BNSF is using a host of connected tools to improve safety and daily operations.

Mike Garcia’s great-grandfather spent 40 years working as a railroad machinist. Today, he carries on that legacy as a director in BNSF Railway’s Modern Business Intelligence and Mechanical Systems department.

“I’m very proud to say that this is not the same railroad that my great-grandfather worked for,” he told an audience at Flathead Valley Community College Tuesday night. During his talk, the second installment in the college’s 2018 Honors Symposium, he explained that BNSF is now one of the country’s largest telecom firms, an operator of unmanned drones and thanks to these and other technolgies, an avid backer of the “internet of things.”

“The internet of things is about physical things that have sensors on them,” he explained.

“Those sensors are measuring physical aspects of whatever that physical thing is, generating data, and then that data through some connection is getting somewhere” where computers and humans can use it to identify problems and possible improvements.

Garcia gave a few small-scale examples of this technology, like his exercise-tracking wristwatch or homes equipped with “smart thermostats.” But his presentation focused on how the internet of things supports BNSF’s vast operations. The company owns 32,500 miles of track and 8,000 locomotives, moving 1,400 trains a day around the West.

Plenty can go wrong in this sprawling network. Rails buckle in heat and pull apart in cold; avalanches block tracks; wheels deform under too much stress; the components holding railcars together can fall out.

BNSF is able to catch these mishaps before they get serious, Garcia explained, by braiding its tracks with sensors and detectors, and analyzing the data they collect.

Force detectors placed on a track watch for those flat spots as a train passes overhead. Thermal detectors can spot a hot wheel. “We’re able to use these detectors to find that, get those wheels off the car, get a new set on there, and send it on its way,” he said.

Garcia showed the audience a photo of a section of track flanked by a series of low metal boxes and cylinders, connected to a low metal shed. Detector sites like these, he explained, can conduct these tests and more as a train speeds through.

“Thousands of images are captured every time these trains pass,” he said. Sight and touch aren’t the machines’ only senses. Microphones listen to the wheels’ “tone” as they move; a bad note could mean a crack or other problem.

The trains themselves are also wired, he said, with sensors and computers watching for problems. Positive Train Control technology now installed uses GPS and electronic signals to guide locomotives.

And now the railway is taking to the sky. Garcia told the audience that last Saturday, BNSF conducted its first drone flight in Montana. The aircraft will fly two to three times a week, surveying two to three hundred miles of track on both sides of its base in Havre.

While the internet of things can gather far more data much faster than a person ever could, Garcia repeatedly stressed that the human element is indispensable. “When [the system] raises an alarm, we communicate that back, we say, ‘hey, we found an issue on this train’…and we send that to somebody who evaluates it” and determines the appropriate action.

“I know some folks worry that with machine learning and artificial intelligence, we’re all gonna be out of work…At least in our case, that’s not true.”

In the future, he predicted, the firm would need fewer humans to watch its tracks and more to keep an eye on its electronic systems. Coming back to the photo of the detector site, he said that “Now we have to go keep these things in top operating condition, so I believe there’ll be new work that comes with us rolling out this program.”

An audience member pressed Garcia on this topic during the question-and-answer session, prompting him to say that BNSF had programs to re-train its employees as drone pilots and other internet of things users. He also addressed matters ranging from the system’s safeguards against hackers to new dispatching software’s potential to reduce the time Amtrak passengers have to wait on sidings.

One guest voiced a concern held by many in the Flathead Valley: the risk of a train derailment spilling oil into the Flathead River. Pointing to a drop in derailment frequency across BNSF’s system – a trend also seen in Northwest Montana – Garcia said that thanks to these improvements, “we have a demonstrable reduction in derailments that are caused because of these mechanical failures…Our goal is to get it to zero.”

As electronic controls have sprung up along America’s railways, they haven’t always ensured safety. This past December’s fatal derailment of an Amtrak train south of Seattle took place on a line where positive train controls had been installed, but not activated.

Even so, John Smith, a technology program manager at Applied Materials, was excited by the technology being rolled out on Montana’s rails.

“I thought it was fascinating to hear what the railroad is doing with technology and how they’re using it to anticipate failures and improve efficiencies,” he told the Daily Inter Lake afterwards.

“You think of trains…as being low-tech, or just these big monsters that move a bunch of material around, and it’s very interesting to hear and see how high-tech they really are.”