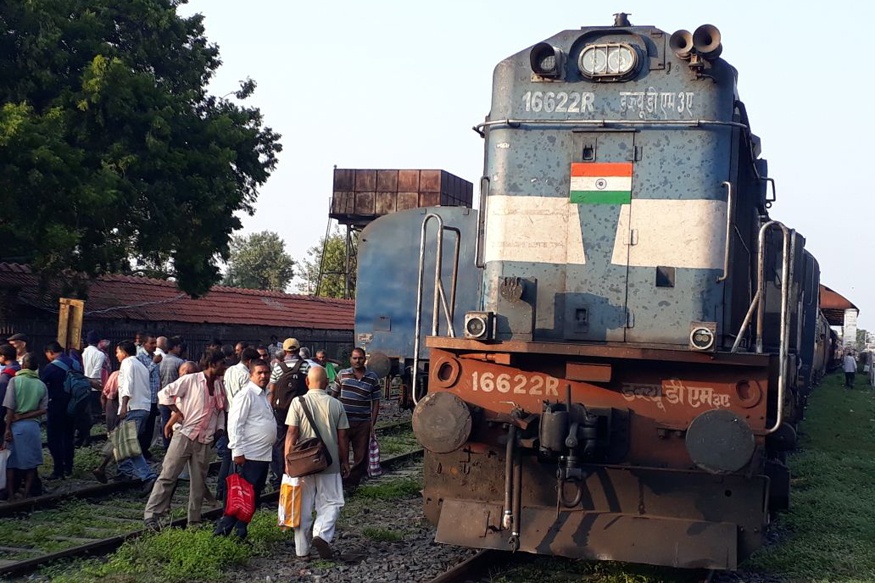 After a 155 year run, a train meant exclusively for rail employees and popularly known as the ‘coolie train’, came to its final and permanent halt on Wednesday. Started by the British in 1862, the historic train has for more than one-and-a-half century, ferried workers to-and-fro from Jamalpur engine factory in Munger district.

Sources in the railways said that with expenses to run the train going up to Rs 40-50 lakh, as against a revenue of Rs 1 lakh, there were no options left but to end the service.

Meanwhile, Jamalpur rail factory employees are pressing for the factory to resume the service unless they are provided with an alternative ferry service.

Run and maintained by the Malda zone of the Indian Railways, the train was a lifeline for the workers who would come to the Jamalpur factory from Dhanauri and Sultangunj. The decision is bound to have adverse effects on these workers, who would always take a drop at the equally old factory’s Gate Number 6.
Jamalpur Station Master Sudhir Kumar Singh told News18 that the authorities did not wait much before stopping the services after taking the decision.

While the train might have been popularly known as a ‘coolie train’, it became a lifeline to thousands living in dozens of villages on the Jamalpur–Dhanauri and Jamalpur–Sultangunj routes.

An Eastern Railways employee, Ashutosh Kumar, admitted that apart from the railway workers, locals would also board the ‘coolie train’ and stopping the service would undoubtedly cause them a major inconvenience.

Rakesh Kumar, the guard of ‘coolie train’, boarded it for the last time on Wednesday. He said that personally, there was a sense of loss. “I have been boarding this train for the past two years and today it feels like the foundation for these Jamalpur employees has slipped away from under their feet.”