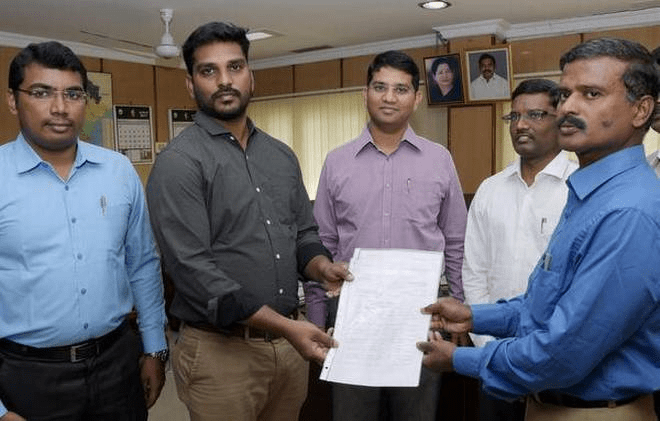 The land acquisition for new rail route from Thoothukudi to Madurai via Aruppukottai is gaining momentum with the district administration handing over 24 acres of land on Monday.

Twenty-four acres land acquired from private land owners for the laying of the new railway route from Tuticorin to Madurai through Aruppukottai was handed over to the Madurai Division of Southern Railways by the Tuticorin District Administration on Monday.

The land, running for 8.5 km, in Vadakkusilukanpatti, Saminatham and Sillanatham is part the first phase of land for the 18.7-km on Milavittan-Melamarudur section. The total cost of the land in the entire stretch is ₹100 crore.

The railways have planned to complete the 143.5 km track laying project in three sections. The first phase, which is the smallest phase, covering 18.7 kms from Milavittan to Melamaruthur is estimated to be completed at Rs. 100 crore. The 51.3 kms in the second section will be from Melamaruthur to Aruppukottai, followed by the third section of 73.5 kms from Aruppukottai to Madurai. The second phase of 51.3 km from Melamarudur to Arupukottai and the third phase of 73.5 km. from Arupukottai to Madurai would be acquired subsequently, the Collector said while addressing the media.

The officials concerned were instructed to proceed expeditiously to complete the land acquisition, the Collector said.