Trains Stop After Maoists Blow Up Tracks in Jharkhand

May 30, 2017 Posted by Indian Railways Updates Indian Raliways News Comments Off on Trains Stop After Maoists Blow Up Tracks in Jharkhand 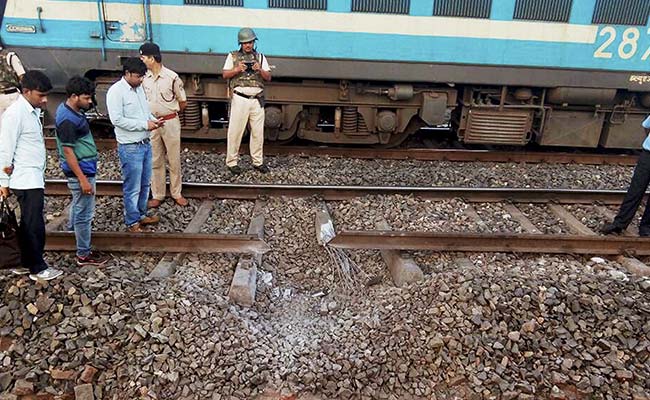 Maoists began their day-long strike in Jharkhand today by blowing up railway tracks on the Howrah-New Delhi Grand Chord section, disrupting movement of several trains including the Rajdhani Express.

Dhanbad Superintendent of Police (Railway) Asim Vikrant Minz said tracks were blown up between Chichaki and Karmabad stations under Dhanbad Railway Division at 12.40 am, shortly after the “bandh” began at midnight.

Dhanbad Senior Divisional Commercial Manager AK Jha said train services on the route were restored after 7.40 am. Railway officials and personnel of the Railway Protection Police from Hazaribagh rushed to the spot immediately after the explosion, the police said.

In another incident, people torched a vehicle at Dhawatand on Dumri Road during the “bandh” called by Maoists, Giridih Superintendent of Police Akhilesh B Beriar said. They also set fire to an earth-moving machine engaged in constructing a bridge over Barakar river on Dumri-Birni border in the district, Sub-Divisional Police Officer Deepak Sharma said.

A report from Lohardaga district said the strike drew partial response as most shops and markets were open, but long-distance buses did not run. Tight security arrangements have been made in Lohardaga and Maoist-hit Khunti districts, police said.

The Maoists called the “bandh” in protest against amendments to old land laws in Jharkhand, namely the Chhotanagpur Tenancy Act, and the Santhal Pargana Tenancy Act.