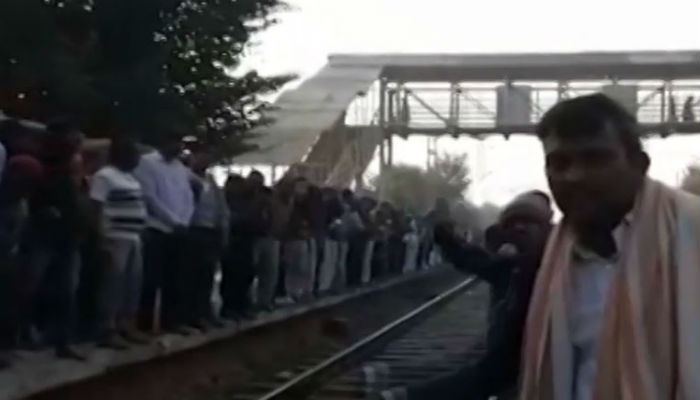 New Delhi: Around 1,500 farmers were left stranded in a village in Madhya Pradesh when the special train they were travelling in went 160 kms in the wrong direction. Reports suggest that the train may have received an incorrect signal leading to it going off the designated route.

The farmers were travelling from New Delhi to Maharashtra but found themselves at an unfamiliar railway station in Madhya Pradesh – later identified as Banmore station near Gwalior, because their train – Swabhimani Express – went off course. In what is being regarded as a case of sheer negligence, Railway authorities were initially clueless about what needs to be done but have now reportedly directed the train towards Jhansi.

The train had left Delhi on Monday night and was carrying the farmers who reportedly belong to the All India Kisan Sangharsh Coordination Committee. They were in Delhi to attend a mass protest for waiving off bad debts and better monetary returns on their crops.