May 30, 2017 Posted by Indian Railways Updates Indian Raliways News Comments Off on To avert selfie deaths, Railways issue advisory – No phone, music while crossing tracks, no photography while travelling 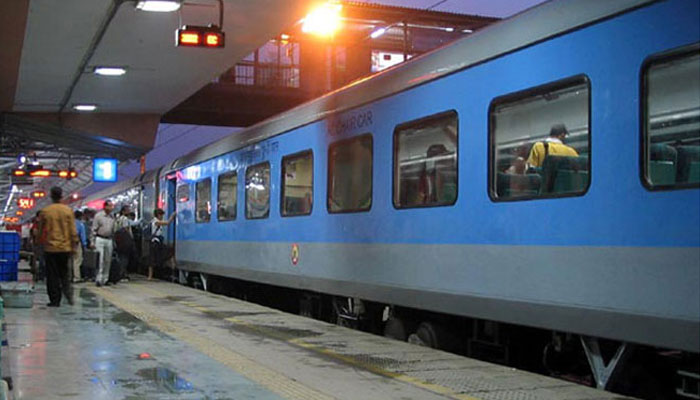 A day after a student was killed when he fell down from a running train while trying to take a selfie, the Eastern Railway authorities on Friday urged passengers to be careful and issued guidelines.

A group of students was taking selfies near the door of an EMU train when suddenly one of them fell down from it and was killed between Liluah and Belur railway stations, Government Railway Police (GRP) sources said.

When the train slowed down, four other students alighted from the train in search of their friend who had fallen down but two of them were killed and as many injured when another train coming from the opposite direction hit them, the GRP sources said.

In a bid to avert any such incident in the future, a railway spokesman said they have already launched campaigns in print, television and social media to make passengers aware of the risks of using phones while travelling.

“We have launched campaigns in various media platforms urging people not to use a phone or listen to music while crossing the railway tracks and not to click photographs while travelling,” Chief Public Relations Officer of Eastern Railways Rabi Mahapatra said on Friday.

Stating that photography is “strictly prohibited” inside the railway station premises and trains without prior permission, he warned passengers of strict action if the rules are not followed.

“Photography inside the railway stations and the carriages is always strictly prohibited as these are considered restricted areas. However, with the emergence of phone cameras people often indulge in taking selfies in these places,” Mahapatra explained.

“We have detained and fined several passengers in the past for breaking the rule. Our RPF officials are instructed to monitor the passengers and catch anyone clicking photographs inside the train compartment. Anyone breaking the rule would be penalised,” he added.