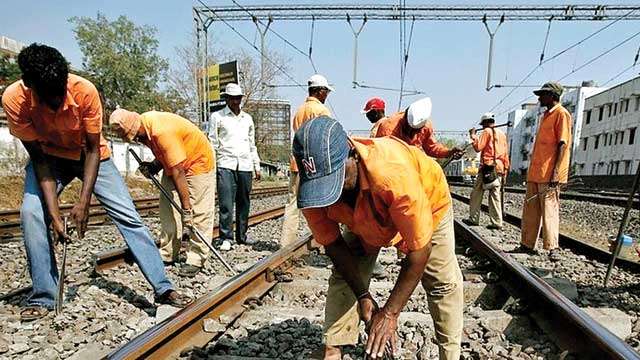 At a time when Indian Railways is besieged by accidents, Titagarh Wagons is set to introduce technology-driven track diagnostic vehicles, which would be manufactured by its joint venture (JV) with Mermec SpA of Italy.

These automated vehicles would be replacing the century-old system of linesmen manually checking the tracks by hitting them with iron rods.

“This is company which is a world leader in diagnostics with presence in signalling, with 80% of its 1,000 staff into designing. We would finalise the joint venture soon and manufacturing would happen in Uttarpara (West Bengal) by next year. To head the JV, we have brought in Lalit Tejwani, who was responsible for ABB’s railway business in the Middle East, Africa and India,” Umesh Chowdhary, vice chairman and managing director of Titagarh Wagons, told DNA Money.

The JV, to be named Devadoot, was signed during Italian prime minister Paolo Gentiloni’s visit to India and will design and manufacture cost-effective track-side signaling systems and also high-tech systems and measuring trains for the safety of the railway lines and trains.

“The accessible market for the venture is around €1.5 billion,” a statement issued by industry body Ficci during Gentiloni’s visit on October 31 said.

Titagarh has been looking at opportunities within and outside the country by either acquiring foreign technology-led companies or forming JVs with them.

The wagon maker is now strategising to turn its domestic units into manufacturing bases for its foreign units.

“It’s not that we are closing down manufacturing there. We had acquired stressed assets having very high technology expertise and in the first phase we are turning them around, a process which is complete for our French unit. The second step involves lowering the costs for these overseas units by manufacturing the basic units in India and finishing them and putting some value-addition there,” Umesh said on the sidelines of a CII-organised event on doing business with the Railways.

“We are doing it in a subtle manner but in a solid way,” he added.

For the French unit, all required approvals are in place and Titagarh is currently exporting wagons designed and finished in France but manufactured in India.