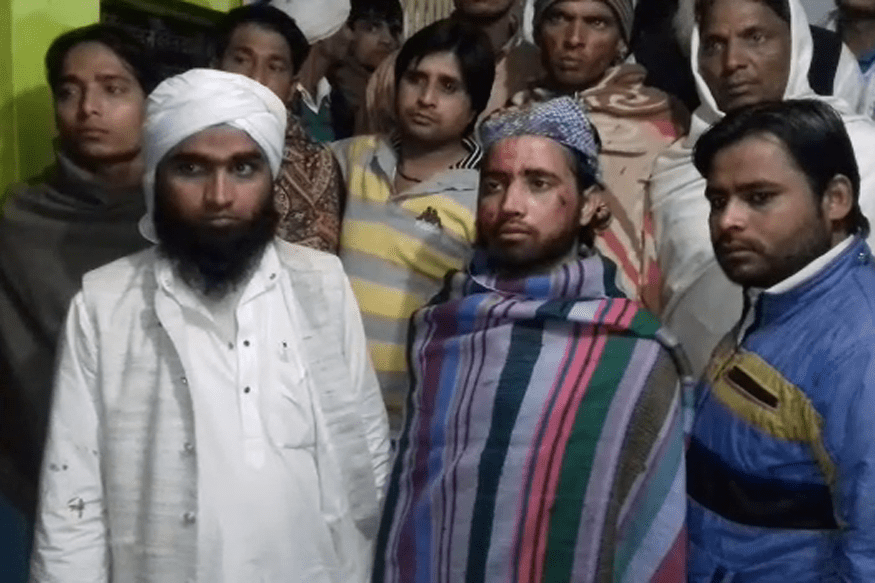 Lucknow: Three Muslims clerics were attacked by unknown assailants and thrown off a moving train in Baghpat district of Uttar Pradesh. The clerics, who were returning from Delhi, have suffered injuries and are undergoing treatment at the district hospital.

A case has been registered against unknown persons.

The three men hailing from Aheda village in Baghpat were on their way back after a visit to the Markazi Masjid in Delhi, when they were attacked with rods and thrown off the train near Aheda Railway Station.
According to one of the victims, the train was about to reach Aheda when they started wearing their shoes to get down and some people locked the doors and windows and started beating them with iron rods and an icepick. There were about seven men who allegedly attacked them and tried to throw them off the train.

“We were sitting on the upper berths and were about to reach our station. When we tried to get down, the people sitting on lower berths locked the doors and windows. When we asked them why they were locking the windows, they said “you will soon get to know” and started beating us,” said Israr, one of the three clerics who is a teacher at a madrassa.
He added, “The only issue they had with us was the handkerchief covering our head. They kept asking us why we had our head covered with a handkerchief.”

Israr also said that the attackers were unknown to them, but he can identify them.

Soon after the incident, Israr informed the villagers, who rushed them to district hospital for treatment.

The clerics have sustained some serious injuries on their head, hands and legs. The Baghpat police have registered a case and are on the look out for the culprits.

Speaking to ETV, SP Baghpat, Jai Prakash said, “The incident happened inside a train and a case has been registered as victims came to us, we have also alerted the GRP to search and arrest the culprits as soon as possible. Checking has also been ordered to catch hold of the victims.”