This Man Was Filmed Singing At A Railway Station. Millions Are Listening

Jul 7, 2017 Posted by Indian Railways Updates Indian Raliways News Comments Off on This Man Was Filmed Singing At A Railway Station. Millions Are Listening 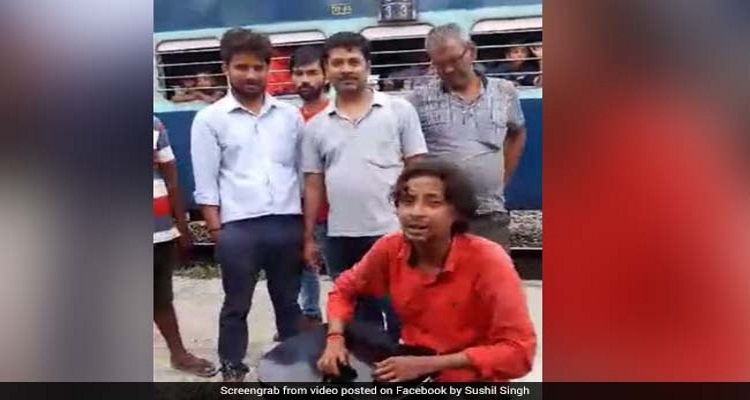 India’s got talent – and nothing proves it better than these videos. Three videos of a man, singing at a railway station, have been viewed over 6 million times on Facebook. With his wonderful voice, the man – identified in the comments section as Souvik Mukhopadhyay – has wowed millions of viewers since clips of him singing went viral on social media.

The videos, all shot at a railway platform, show Mr Mukhopadhyay surrounded by an appreciative audience as he sings. They were uploaded to Facebook by Sushil Singh on June 21, who writes that he encountered Mr Mukhopadhyay singing while on his way to Nainital, Uttarakhand. NDTV has reached out to Mr Singh for a comment.

Speaking to NDTV, Mr Mukhopadhyay says, “I was travelling from Asansol (in West Bengal) to Haldwani (in Uttarakhand) when the train stopped at a station and my friends asked me to sing. I didn’t know I was being recorded. I didn’t even know the name of the station. It was only when I reached Haldwani that my supervisor told me my videos were being shared on Facebook.”

From the beautifully nostalgic ‘Sandese Aate Hain’ to Arijit Singh hits like ‘Muskurane Ki Wajah Tum Ho’, he sings them all does a wonderful job of it too, as evidenced by the cheers of the audience. Listen to him below: