This Man Had To Walk 90 Km Home. He Was Robbed.

Nov 29, 2017 Posted by Indian Railways Updates Indian Raliways News Comments Off on This Man Had To Walk 90 Km Home. He Was Robbed. 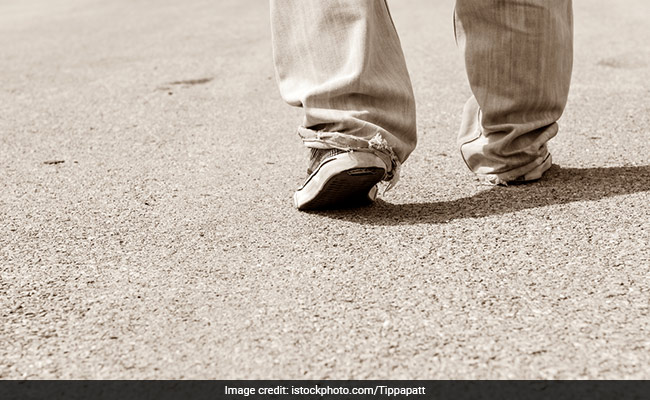 A vegetable vendor, who was missing since Friday, has returned home covering 90 km on foot along the railway track from New Bongaigaon station in Assam after allegedly being drugged and robbed.

Jebil Sangma kept on walking for three days, fed on leftovers from dustbins at various stations and lost consciousness after reaching his village.
“Jebil Sangma returned home yesterday night. He is very weak because of the tiring walk. He is in hospital,” acting SP of North Garo Hills district Jerry Marak said.

However, Mr Jebil’s friend, who had accompanied him to Assam from their Lower Beomedang village, cannot be traced. The acting SP said his friend Kalmen’s mobile phone was last traced at Guwahati and efforts are on to find him.

Mr Jebil told his family that he had been offered a spiked soft drink by a rickshaw puller and he lost consciousness after having it at a market in Guwahati on Friday evening.

from Guwahati station to the market during the day but did not accept the fare then.

He had said he would return in the evening, help them sell off the remaining vegetables, take them back to the station and take the fare, Mr Jebil’s family members said.

When the rickshaw puller returned in the evening, there were some unsold vegetables and he called up a friend who was supposed to be a wholesaler.

However, the ‘wholesaler’ refused to buy the vegetables but agreed to store them. During their way to the store, Mr Jebil and his friend were offered the spiked soft drink, his family members said.

When he woke up at New Bongaigaon station, he found his money and mobile phone were missing and Mr Kalmen was nowhere to be seen.

Mr Jebil had tried to take a bus home but failed since he did not have any money.

While he still managed to return home, Mr Kalmen’s whereabouts are not yet known and a police complaint was lodged.