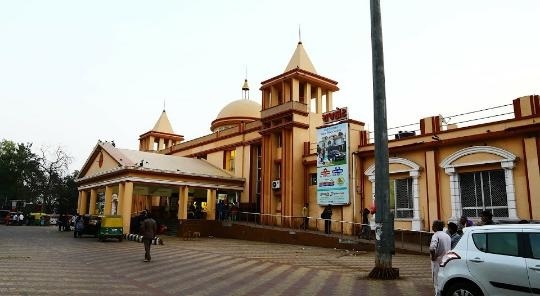 Rajkot, Morbi and Jamnagar Railway stations are all set to get a pleasant makeover.

Passengers will soon get an eye-pleasing view of beautiful paintings on different themes at these railway stations. The railway authorities have roped in ‘Chitranagari,’ a voluntary organization of artists, to create artworks based on the flavour of respective cities at the stations. This is envisaged on the lines of Mumbai’s Churchgate station.

Rajkot railway station will tell the history of Mahatma Gandhi’s historic Dandi March through paintings. Currently, the station wall is being refurbished so that artists can paint on it. The staircase of the station will be painted on the theme of tigers.

Railways have also decided to convert the heritage gallery outside the station into a museum. At present, old equipment like manual signalling systems are stocked there.

Senior Divisional Commercial Manager (Sr.DCM) of Rajkot Division, Ravindra Shrivastav, said, “We have planned a makeover for Rajkot, Morbi, Jamnagar and Makansar railway stations on the lines of Churchgate. There are several railway stations in the country which have got beautiful paintings but we are the first in Gujarat to initiate this kind of project.”

Chitranagari had painted several walls of Rajkot and beautified the routes of Prime Minister Narendra Modi’s road show with different themes in July.

Jitendra Gotecha, managing trustee of the NGO, said, “We will start the work at Rajkot railway station within 2-3 days and thereafter will paint at the Morbi railway station. Railway officials have finalized the theme and we are working on design. “

Morbi railway station will have paintings depicting the erstwhile royal era of the princely state Morbi as well as the culture of Kutch. “The station is the entry point to Kutch. Therefore, we chose this theme,” said Shrivastav.

For Jamnagar, the theme currently under discussion is the royal era of Jam Saheb. However, it is yet to be finalized.