The budget adopts a business-as-usual approach towards Indian Railways 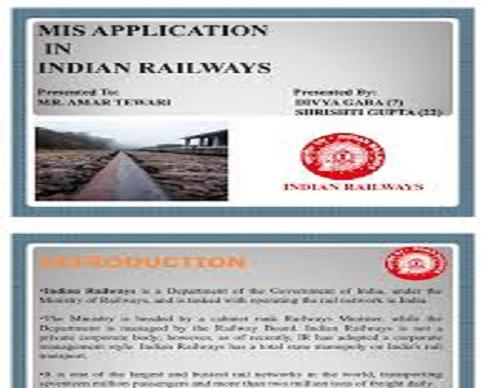 This is the second year after the accounts of Indian Railways were merged — some might say obscured — with the rest of the budget. As a result, there has been little discussion on the plans, performance and outlays of an organisation that generates revenues of over ₹2 lakh crore, employs 1.3 million people and transports a staggering 20 million or more passengers every day.

The Centre has rightly identified the focus areas, for which it has targeted a capex spending of over ₹1.48 lakh crore. These are: track doubling, gauge conversion, better designed coaches, electrification, beefing up rolling stock, and work on the dedicated freight corridor (DFC).

Besides, the refurbishing of railway stations and improvement of the suburban rail network, not to mention the ‘bullet train’, find a mention. However, the key concern here is that the capex spending will be raised through over ₹93,000 crore of borrowings. Budgetary support for 2018-19 at ₹53,060 crore is, in fact, lower than the budgeted sum of ₹55,000 crore for 2017-18, with the revised estimates for the current year at just ₹40,000 crore. The inability of the Railways to spend the Centre’s outlay perhaps tells us that the former has its task cut out when it comes to execution.

This is borne out by the tardy progress with respect to DFC. Managerial reform steps such as delegation of powers to general managers do not seem to have yielded results so far. The Centre needs to fix this issue soon, given the dire infrastructure shortcomings with respect to safety, requiring investment in track maintenance, automatic signalling and training of the workforce.

The operating ratio (of revenues to expenditure) remains adverse as ever. It is expected to reduce (improve) to 92.8 in 2018-19 from over 96 in the present fiscal, on the back of a steep increase in sundry revenues, which basically means monetisation of its real estate. While passenger earnings are based on just a 0.1 per cent growth in passengers — a concession to the growing inroads made by air travel and road transport as a medium-distance option — goods earnings are based on an additional 51 million tonnes of freight. The Railways must focus on passenger comfort and safety to improve its share in the transport mix; the Centre has rightly rationalised freight rates and the benefits are showing this year.

But a major concern over which the Centre is quiet is the impact of automation on workforce deployment. There are over two lakh vacancies in the Railways, of which a lakh, according to the Kakodkar panel, pertain to safety alone. Notably, according to the DP Tripathi committee report on loco pilots, about 16,000 posts remain unfilled. Automation will require a rejigging of workers from one job description to another, without any impact on outcomes. Indian Railways has built its reputation on the morale of its workforce. In its drive to modernise and improve efficiencies, these gains should not be frittered away.