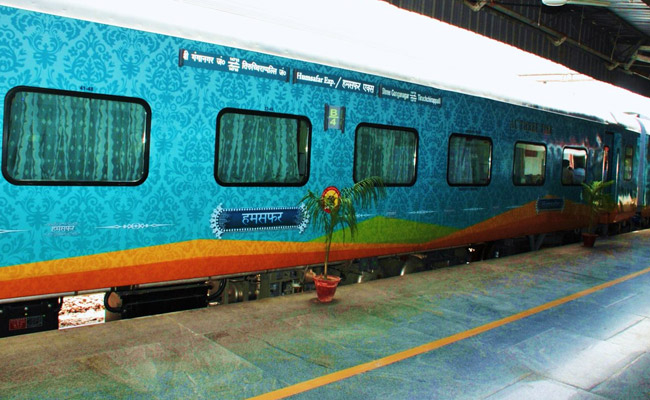 Indian Railways has issued a clarification saying there has been no changes in Tatkal and other ticket reservation rules from July 1, 2017. “It has been noticed that a news item is in circulation in various social media platforms, WhatsApp groups, and some websites which mentions that Indian Railways is introducing several changes and new facilities with effect from 1st July, 2017. This news is totally incorrect and baseless,” the Railways said in a statement. “This has created a lot of confusion in the minds of the rail users.”

In this context, the Railways has clarified the following on June 30, 2017:

1) The booking time for Tatkal tickets was changed in 2015 with booking for AC classes opening at 10:00 AM and for Non-AC classes at 11:00 AM (one day in advance of actual date of journey excluding date of journey). There is no change in these timings and the same arrangement is continuing.

4) Railways has been selling wait-listed tickets both through online (e-ticket) and PRS (Passenger Reservation System) counters. There is no change in this scheme and railway will continue to sell wait-listed tickets through both online and PRS counter.

5) Railways has been running Suvidha Class of trains since July 2015. Such trains will continue to run. The wait-listed ticket in such trains is also available, if required. Provision of partial refund in case of Suvidha Train Tickets is available right from the beginning of the scheme. Hence, no new changes in this regard.

6) Railways have notified new refund rules in November 2015.There rules are still continuing and there is no change in them.

7) There is no proposal to discontinue paper tickets for Shatabdi and Rajdhani trains and, for that matter, in any class of train. However, for passengers booking tickets online (i.e. e-tickets), the tickets received by SMS are a valid authority for travel along with permissible proof of identity.

8) There is no such proposal to make Aadhaar mandatory for availing train ticket concessions.

9) There is no proposal to run duplicate trains. “We, in anyway, run special trains to clear the rush during peak season on identified popular routes as per the traffic requirements & operational feasibility,” the Railways further said.

10) Railways has launched ‘VIKALP’ or Alternative Train Accommodation Scheme (ATAS) on November 1, 2015 with a view to provide confirmed accommodation to wait-listed passengers and also to ensure optimal utilization of available accommodation. This facility was initially started on New Delhi-Jammu, New Delhi-Lucknow, Delhi-Howrah, Delhi-Chennai, Delhi-Mumbai and Delhi-Secunderabad Circuits. This scheme was expanded to all the sectors from March 22, 2017.