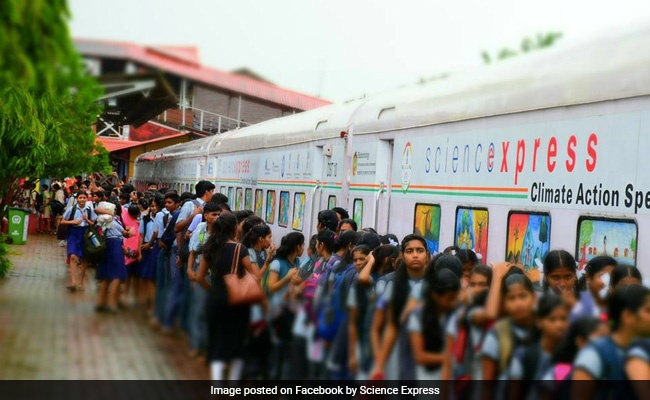 The exhibition train will be at Roha railway station tomorrow for a day, said a senior railway official.

It will be on the display at the Chhatrapati Shivaji Maharaj Terminus (CSMT), here from July 19-22, said the official.

The train will be stationed at CSMT on platform number 10 and will be open to public from 10 am to 5 pm.

Since then, it has made eight tours of the country, travelling about 1,56,000 km and exhibiting at 507 locations in its over 1,746 exhibition days and 1.68 crore visitors have visited it so far.

“Science Express has become the largest, the longest running and the most visited mobile science exhibition and has twelve entries in the Limca Book of Records,” an official added.

The ninth edition of the Science Express Climate Action tour is scheduled this year from February 17 to September 8, during which it will be exhibited at 68 stations across the country, a release issued by the CR said.

The current, ninth phase of the Science Express was flagged off on February 17, 2017 from Delhi’s Safdarjung railway station.