Jan 4, 2018 Posted by Indian Railways Updates Indian Raliways News Comments Off on Successful Adoption of Pharmacy Practice Regulations by Railways in all medical facilities across the country 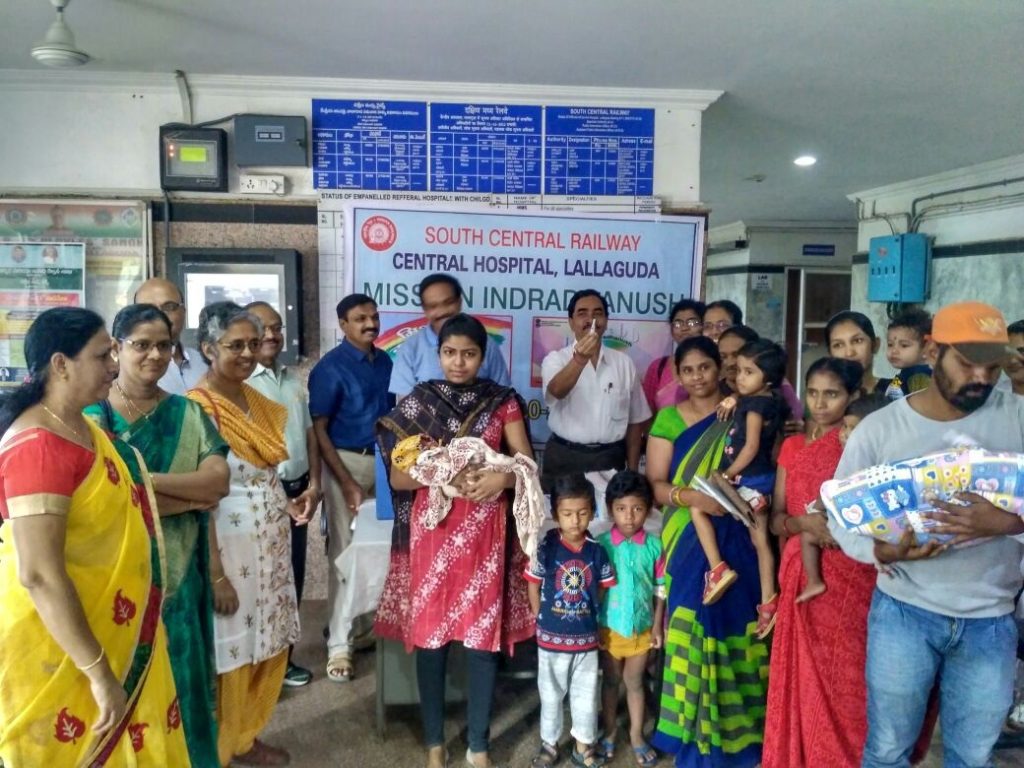 MUMBAI: With the pharmacists’ representatives from across the country starting an agitation recently in New Delhi demanding implementation of Pharmacy Practice Regulations, the issue of implementation of PPR has once again come into focus. The agitators led by pharmacist activist Vinay Kumar Bharti are seeking a direction from the central government to state governments to implement PPR and Drugs and Cosmetics Act to curb the malpractices prevailing in the lakhs of drug stores and thereby enhancing the status and practice of pharmacy profession in the country.

He mentioned that the Indian Railways having a number of medical facilities across the country has also adopted it successfully. The Apex body in Health Directorate is headed by the Director General Railway Health Services at Railway Board, New Delhi. At Zonal level, there are 16 Zonal Railways and each Zonal Railway is headed by one Chief Medical Director (CMD) with Chief Health Directors in some Zones and 2 to 3 Deputy Chief Medical Directors assisted by few Group ‘B’ officers. The Divisional level is headed by Chief Medical Superintendents. In some places Sr. Medical Superintendents are working as in-charge. There are total 125 Railway Hospitals and additionally 133 Private recognised Hospitals are available.

The pharmacy profession at present is regulated by two statutes namely the Pharmacy Act and the D&C Act. In a first serious attempt to bring some comprehensive changes to the outdated provisions in these laws and rules governing the pharmacy practice, the government notified the PPR in January 2015 for enhancing the practice of pharmacy profession in the country. The intention of PPR 2015 was to lay down a uniform code of pharmacy ethics, responsibilities of pharmacists towards patients, role of a community pharmacist, etc. One of the key provisions in the PPR is to empower the state pharmacy councils to appoint pharmacy inspectors in all the districts of every state in the country. As per the provisions of PPR, pharmacy inspectors are authorized to inspect the retail medicine outlets for checking whether medicines are dispensed by a qualified pharmacist or unqualified persons. Currently, drug inspectors of the state drug control departments are conducting such inspections at the retail outlets. PPR also prescribe a dress code of white apron with a badge having name, qualification and registration number for pharmacists. There are various other provisions in PPR framed with the intention of uplifting the status of the pharmacy profession.

But, it is a sad commentary that these regulations have so far remained on paper only. Even after almost three years since the PPR was notified, only Kerala and Haryana have implemented it so far and Karnataka has taken some steps to implement it.

Ever since the notification, the pharmacists have been demanding the implementation of PPR in their respective states but nothing has been done so far in this regard. As per PPR, no owner/registered pharmacist can deny inspection of their premises by pharmacy inspectors appointed by state pharmacy council under section 26A of the Pharmacy Act 1948.  The pharmacy inspectors are responsible to ensure implementation of section 42 of the Act which says only registered pharmacists are permitted to dispense the medicines on prescription of registered medical practitioners.  The PPR further says apart from dispensing drugs and maintaining record of drugs given to patients, pharmacists should also offer services like patient counseling and adverse drug reporting. Unfortunately, a significant number of retail stores in the country are being operated by non-pharmacists who rent pharmacy diplomas and degrees from graduates in this discipline. According to reports, one can get a pharmacy certificate in states such as Bihar, UP, Chhatisgarh, Jharkhand, Punjab, Rajasthan, Haryana, Telangana, etc for annual fees ranging Rs 15,000 to Rs 70,000. As per the D&C Act, retail stores cannot dispense drugs in absence of a registered pharmacist. It is highly unethical for a registered pharmacist to lend his registration to any other person. He/she can function only at one place at a time. But non-pharmacists continue to operate medical shops with rented certificates of pharmacists. It is high time all the state governments enforced the PPR in letter and spirit to ensure due respect and recognition to the pharmacist community.