Steel Ministry in talks with Railways to resolve rake issue 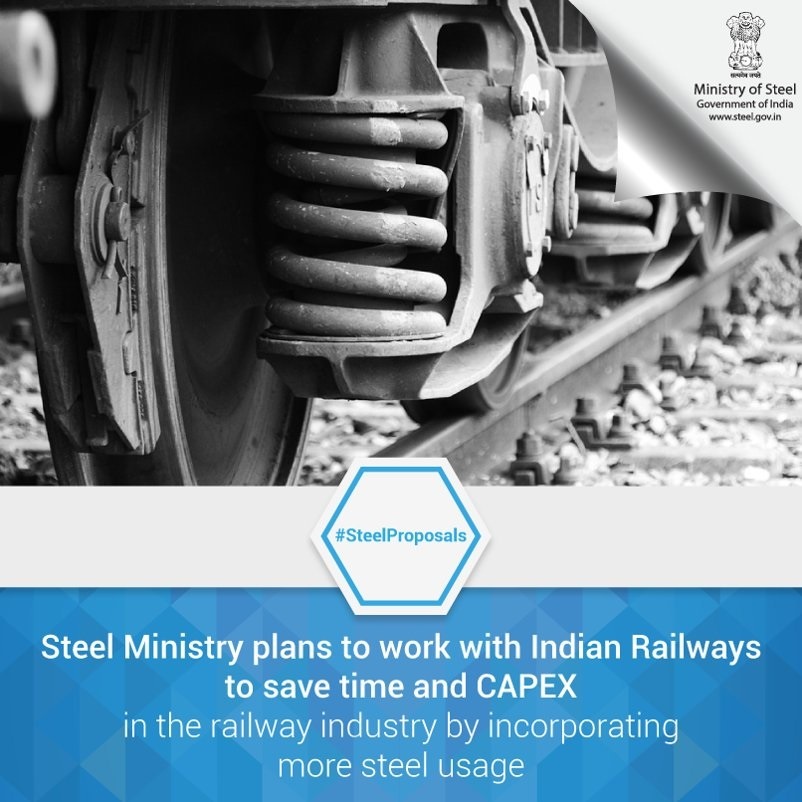 The Steel Ministry is in talks with the Railways Ministry to ensure the adequate availability of rakes for industries that have been saying the problem has led to a shortage of raw materials at plants, according to Union Minister Chaudhary Birender Singh.

Railway rakes are those wagons which carry various raw materials like coal and iron ore to industrial plants.

Coal-based steel, power and aluminium plants have been complaining against railways for raw material supply-related issues due to unavailability of adequate rakes.

On being asked about the measures the Steel Ministry is adopting to sort out the railway rake shortage issue, the minister said, “This is a problem. We are talking to the Railways Ministry [in this regard],” Singh told.

The government understands that a market is very important for business, and for a market, transportation is essential, the minister said.

Power industry body Indian Captive Power Producers Association (ICPPA), whose members include players from key sectors such as steel and aluminium, had urged the government to ensure coal availability, saying most captive power producers (CPPs) are facing severe shortage of the fuel which may lead to closure of plants.

Besides, railways is also doing “choosy deliveries”, it said.

To meet their loading targets, the zonal railway is making deliveries to plants which are near pits and this is something which is not justified, ICPPA secretary general Rajiv Agarwal had said.

Captive power producers are already facing shortage from one body of the government, which is Coal India and now this practice of Railways makes the matter worse, he added.

JSPL chairman Naveen Jindal had said supply and production of steel, aluminium, cement and captive power producers have been hit due to shortage of railway rakes and this situation needs immediate correction, Jindal said.

The government should ensure that performing steel assets do not face any shortage of raw material, he added.