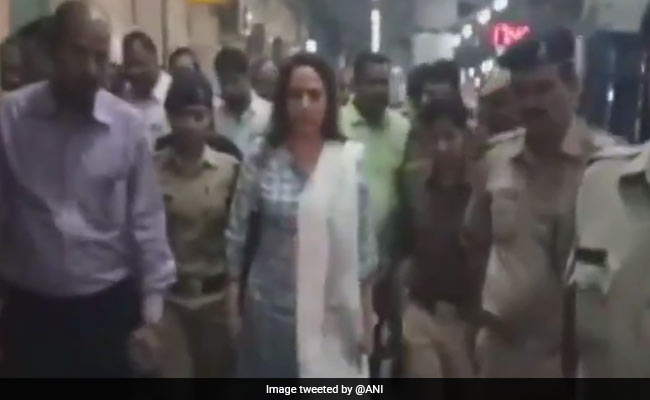 Days after BJP MP Hema Malini narrowly escaped a bull attack at the Mathura Junction railway station, the station manager has been suspended for allegedly failing to curb the menace, an official said today.

Station manager KL Meena has not only been suspended but also a probe has been ordered into the incident, Sanchit Tyagi, Divisional Commercial Manager North Central Railway, said.

KL Meena was suspended for failing to stop the cattle menace on the platform, he said.

Mr Tyagi said the BJP MP from Mathura was narrowly saved from the attack by a bull when she had gone to the railway station to check for the possibility of revamping the station.

PL Meena would look after the Mathura Junction railway station as the station manager in his place, he said.