Speak up Mumbai: Rather starve than have meals on trains? 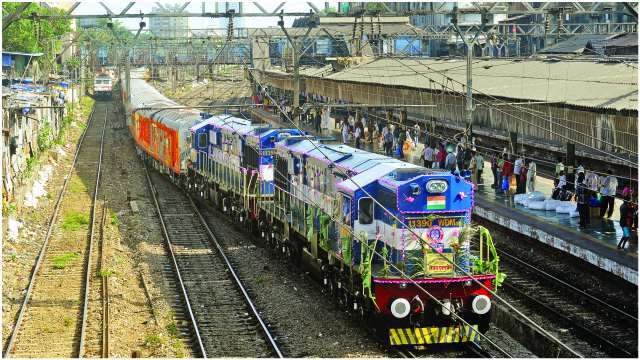 The Indian Railways is the largest public transporter in India and caters to crores of people every day. For a pleasant and comfortable journey, it is not just clean rakes and coaches but the quality of food served on long-distance trains too that plays a role.

Last week, 26 passengers travelling on the country’s first semi high-speed train, Tejas Express, were rushed to the hospital after they ate meals aboard the train and fell ill.

The Indian Railways Catering and Tourism Corporation (IRCTC) stated in its preliminary report on the incident that it was not bad eggs in the meals or other food served to passengers on the train, rather cooked Hilsa fish carried on the train by a group of passengers that had triggered the mass nausea and vomiting.

However, the incident has once again brought under the scanner not just the quality of food served on trains by the IRCTC but also the hygiene standards maintained by hawkers and vendors that sell food on station premises.

DNA spoke to Mumbaikars who regularly use long-distance trains to find out whether they think the quality of food served on trains is up to the mark according to them.
VOICES

The general perception is that the quality won’t be good, considering the level of hygiene maintained by the Railways in other areas. Agreed, the food is usually not tasty but at times you may be surprised. I believe they maintain decent quality but of course, if one spots a rat in the on-board pantry, one would definitely think twice.

The food served by IRCTC is of very poor quality. It is relatively better on certain western routes but bad on other routes. Not only should they improve the quality of the food served on trains but also bring in some variety which is missing from the on-board menu. Most of the time, one opts for the meals served on trains only when there is no other option.

The quality of the food served on long-distance trains by IRCTC is certainly not up to the mark. Regular passengers like me have no problem in paying for the meals but the least we can expect is hygienic food in return, if not tasty. Ever since I found out about the recent incident on the Tejas Express, passengers like me will be even more wary of ordering meals on trains. Forget about expecting decent quality food, it seems that the meals are dangerous to our health too.

The Railways has much to do and consider when it comes to measures of quality control for the food served on long-distance trains. In my experience, on most occasions the food served to me on trains has been cold and sub-standard. When passengers are shelling out money for such expensive fares for train travel, why can’t the Railways get right something as little as quality food during the journey?

The food served on trains is always average. During a train journey, I usually focus on things like timeliness of the trains and cleanliness inside coaches. In most cases, I do not like the meals served inside trains which are cooked in the pantry particularly because of hygiene issues. Take a walk to the pantry and you will know what I mean. However, in dire situations, the food can be eaten but I mostly go for packaged food products.

I am a regular passenger on outstation trains and yes, the quality of the food being served on long-distance trains is truly bad. The Railway authorities should work to have a proper mechanism in place that allows them to keep a check on whether the food being served to passengers on outstation trains is up to healthy consumption standards or not. After the incident on the Tejas Express, I don’t think I would encourage anyone to order meals from the railway’s catering service when on a train journey.

It is true that the catering service of the Railways and the quality of the food being served in passenger trains are touching new lows. The incident on the Tejas Express was shocking considering dozens of people had to be hospitalised because of food served in the train. The Railways authorities should get more serious about their catering services and ensure that such an incident does not happen again.

At times I have opted for the meals served by the IRCTC on trains but the taste is not that good. It is the responsibility of the Railways to ensure that the quality of the food is up to the mark since several passengers rely on their food services during long journeys. They should have a system to check the quality of food. According to me, the prices are high but they fail to provide healthy food of good quality.

There is little that the Railways authorities do to maintain or keep a check on the quality of the food available in long-distance trains and on the premises of railways stations. There are no external checks done to keep a tab on the quality of food being provided to crores of passengers in the trains by IRCTC or in stalls set up at stations and by hawkers.

The IRCTC’s basic responsibility is to provide quality food on long-distance trains. However, in their reports on the Tejas Express incident, they have chosen to blame the passengers and given a clean chit to the contractors and their own officials. If they are blaming the passengers for carrying outside food, then why do they allow hawkers to set up stalls on station premises?