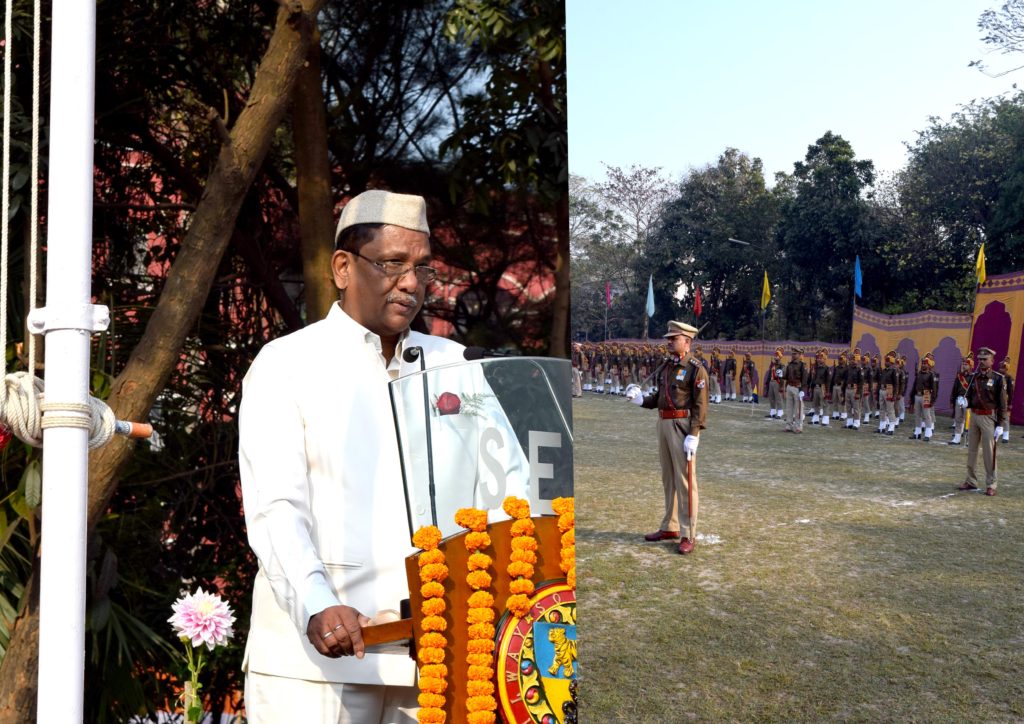 Shri S.N.Agrawal, General Manager, South Eastern Railway unfurled the National Tri-Colour and took salute at the colourful Ceremonial Parade presented by the smart contingents of Railway Protection Force, S.E.Railway Bharat Scouts and Guides, St.John Ambulance Brigade, Civil Defence etc. While paying profound gratitude to the gallant jawans, freedom fighters and makers of Indian Constitution, Shri Agrawal urged upon all railwaymen to face the challenges confronting the railways unitedly. General Manager also called upon all railwaymen to make all out efforts towards safety and security of passengers and to work diligently to ensure safe and secured rail travel.

Highlighting the achievements & services rendered by South Eastern Railway to its users, General Manager said that S E Railway is poised to achieve the target of 155.50 million tonnes of freight loading fixed by Railway Board in the current financial year with the hard work of the dedicated workforce of S E Railway. Speaking about passenger services and infrastructure development, Shri Agrawal mentioned about the introduction of four New Passenger trains, construction of new lines, running of 1162 special trains for festive occasions, augmentation of important mail/express trains by attaching extra 5536 coaches, extension of services of mail/express trains and huge passenger amenitiy works during the current financial year (2017-18) upto Dec’17.  During the current financial year upto December, S E Railway has generated a Surplus of Rs 4332.59 crores which is 12.27% more over the last year. Shri Agrawal added that South Eastern Railway has been contributing immensely to the country’s socio-economic and industrial development.

This apart, General Manager said that in growing advancement of railways, 358 coaches have been fitted with Bi-toilets & in total 400 coaches are to be provided with Bio-toilets during this fiscal. Abundant CCTVs have been installed at important (A1, A) & B category stations. Lifts and escalators have also been installed in major stations in consideration of aged & sick passengers along with all. General Manager appreciated the role of Recognised Associations for cordial and harmonious relations amongst railway employees and the role played by RPF personnel for security of travelling passengers & railway property. An excellent show was put up by the RPF personnel during the occasion which included Tattoo show, Commando display etc. Dance drama and patriotic songs were also organized by the School Children & Cultural Associations.