Sex, Lies And 3 Bengaluru Murders Everyone Thought Were Suicides 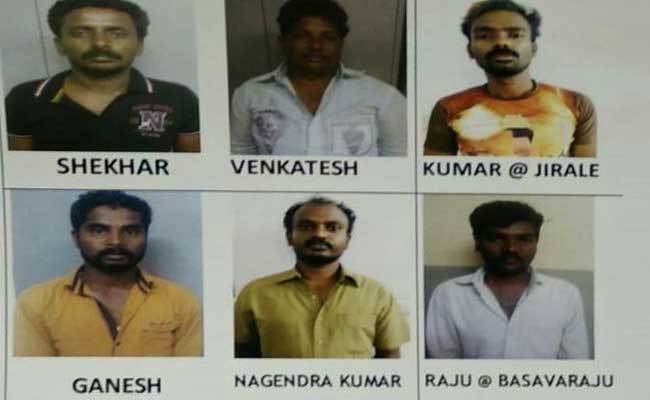 The arrest of seven people in Bengaluru has led the police to three murders that were earlier filed away as “unnatural deaths” as the bodies were dumped on railway tracks so they could pass off as cases of suicide.

Shekar, Venkatesh, Kumar, Ganesha, Nagendra Kumar, Raju and Nagendra were arrested on Tuesday for the murder of a man called Suresh in 2014.

During their questioning, they confessed to killing another man, Yellapa, in 2001.
One of the accused, Venkatesh, had an affair with Yellapa’s wife, which was reportedly the reason he was killed.
The body was dumped on the railway tracks. The police, failing to establish who it was, dismissed it as a suicide.

The gang allegedly used the same plan after killing another man, Ramesh, in 2002.

This time, it was Venkatesh’s wife who was allegedly having an affair with Ramesh.

The police say Ramesh too ended up on the tracks, written off as a suicide.

The third victim was Ramesh’s brother Suresh, who had allegedly wanted revenge. Suresh was strangled and his body was dumped on railway tracks near Kengeri in the city’s south.

Suresh’s wife Munirathna went to the police to report her husband missing. During the investigation, she identified her husband’s body.

The police started investigating people that Suresh had met in the days before his murder and also examined those he had fought with. The trail led to Venkatesh and his gang.

The fact that the accused got away with three murders for such a long time has been baffling to the force. The police claim the mangled state in which the bodies were found didn’t “trigger a suspicion of murder”. But they realize it is not a strong defence.

“From now on, we will have to look into UDR (Unnatural Death Report) cases more carefully, we have taken the postmortem report and are investigating further,” said Praveen Sood, the Bengaluru police chief.

Of the seven, Shekar and Kumar are already accused in an old murder case and were out on bail.