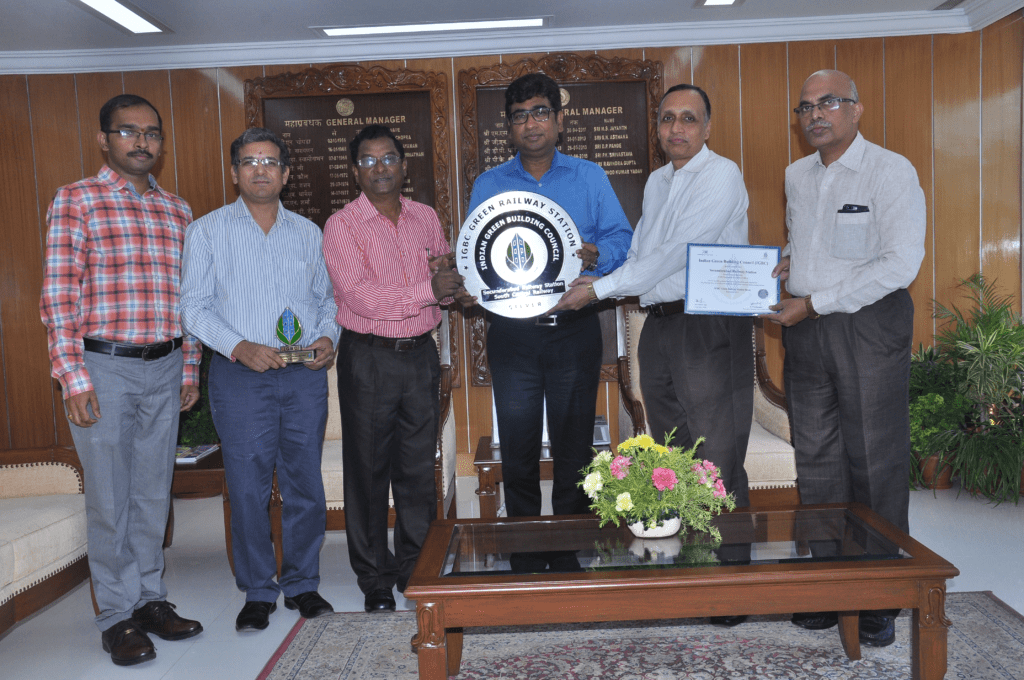 The Secunderabad Railway Station has earned the distinction of being the first railway station in the country to be certified as a ‘Green Railway Station’ by the Indian Green Building Council – Confederation of Industry (IGBC-CII), in association with Indian Railways.

The Station has bagged the coveted Silver Rating in the category, according to an SCR release. The IGBC-CII, with the support of Environment Directorate of the Indian Railways had developed the Green Railway Stations Rating system to facilitate adoption of Green Concepts to reduce adverse environmental impacts due to station operation and maintenance and enhance overall commuter experience.

The six modules involved in the evaluation of the Secunderabad station were sustainable station facility; health; hygiene and sanitation; energy efficiency; water efficiency; smart and green initiatives and innovation and development.

Vinod Kumar Yadav, General Manager, SCR who was instrumental in drawing up the plan to meet norms for the Green Railway Station Certification, congratulated officials involved in the exercise.

Secunderabad Railway Station holds a total area of 13.34 acres and has 408 different species of trees available in the station area. Organic fertilizers and pesticides are being used while solar photo voltaic installations cover 41.2% of the exposed station roof area.

A 500 Kwp solar plant was installed in 2016, generating 2,500 units of power per day, accounting for 37% of energy requirements of the station, and leading to savings of Rs.72.92 lakh annually.