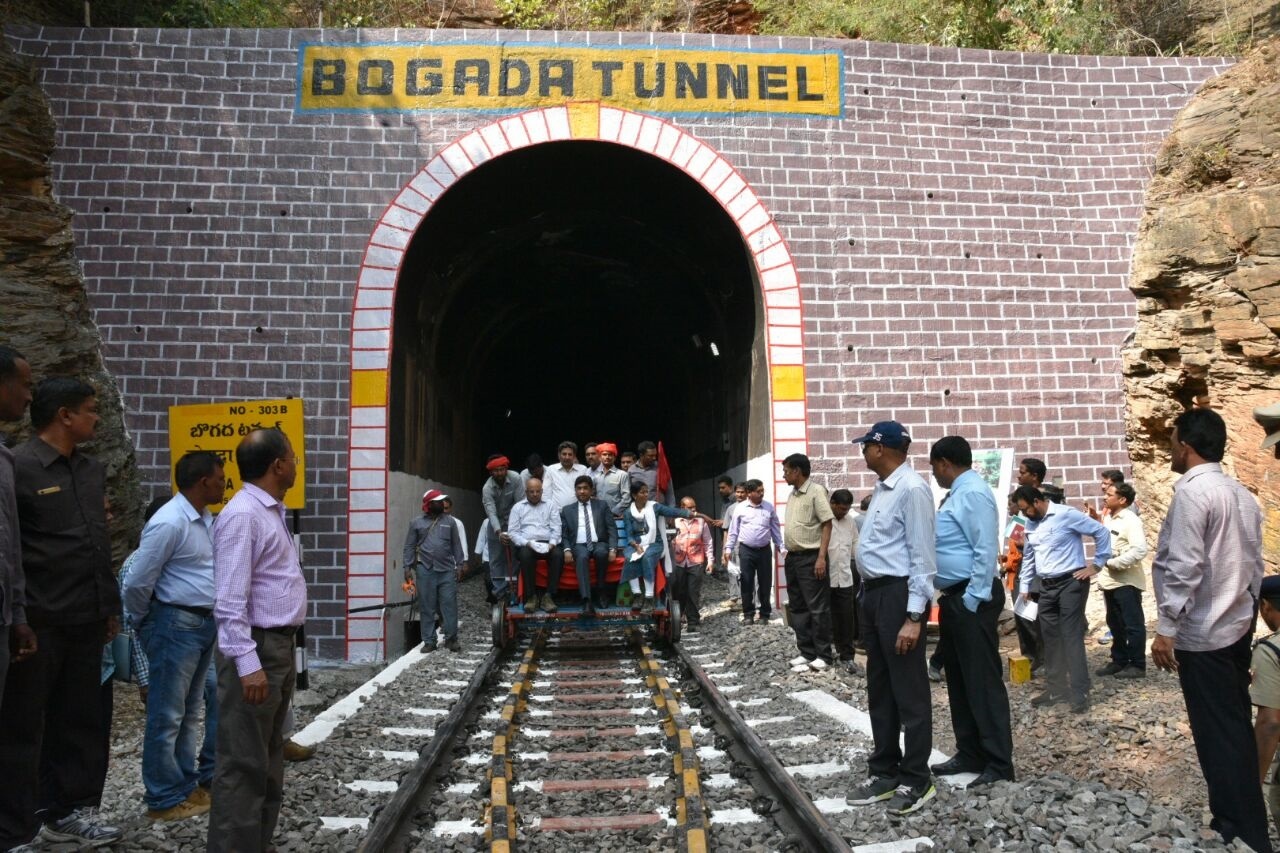 The General Manager conducted a window trailing inspection from Nandyal, passing through Nandipalli, Gazulapalli and Chelama Railway Stations. Later, he conducted the inspection of the Bogada tunnel, which is the longest tunnel o­n SCR measuring 1.54 Kilometers. He conducted a thorough scrutiny of Minor Bridge No. 304 near “Bogada Tunnel” and checked the ‘Emergency Communication Sockets’ situated there. He made several suggestions to the engineering staff for good upkeep of the tunnel and interacted with the Gang Staff. He also inspected circulating area and carriage watering management at Diguvametta Railway station.

Guntur Division has taken up a significant step forward in making trains more accessible to Divyang (Differently-abled) passengers, aged and passengers with limited mobility. Wheelchairs are provided in all the stations on the Zone to facilitate needy passengers boarding and de-boarding the trains.

Towards this, an initiative has been taken up on Guntur Division, to address the issue and to provide a more comfortable and hassle free access to needy passengers by developing a user friendly proto type ramp which further perfected in consultation with the industries working in this sector. This ramp will help to push the wheel chair into the coach and then worked on a wheel chair which will have access into the narrow aisles of all coaches.   The real big challenge was to make a wheel chair comfortable to the Divyang (disabled passengers) and enters the doors of all coaches especially 3AC coaches also. K. Baburao, Senior Divisional Mechanical Engineer, Guntur Division took initiative in developing and finalizing the concept.