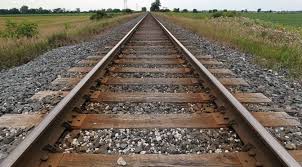 Steel Authority of India Ltd (SAIL) has supplied 6.20 lakh tonnes of rails to the Indian Railways in 2016-17, Parliament was informed today.

“Initially for 2016-17, Railway Board placed a bulk indent on SAIL for supply of 6,24,516 tonnes of rails, which was met by SAIL and it supplied 6,20,049 tonnes of rails during 2016-17 to Indian Railways,” Minister of State for Steel Vishnu Deo Sai said in a written reply to Rajya Sabha.

“However, the enhanced requirement of Railways i.e; supply of 8.2 lakh tonnes of rails during the year could not be met due to capacity constraints,” the minister informed.

But, with the ramping up of the new 1.2 million tonne Universal Rail Mill at Bhilai Steel Plant, SAIL has now capacity to meet additional demand of Indian Railways, he added.

Sai further said: “The cumulative expenditure incurred by SAIL towards modernisation and expansion, mines and related sustenance schemes, till June 2017 is Rs 65,822 crore.” In a separate reply, the minister said, “SAIL has carried out modernisation and expansion programme at all the five major plants viz Bhilai (Chhattisgarh), Bokaro (Jharkhand), Rourkela (Odisha), Durgapur and Burnpur (West Bengal) and special steel plant at Salem (Tamil Nadu).” However, the Salem Steel Plant in Tamil Nadu, despite investment of Rs 1,902 crore has been incurring losses, he added.