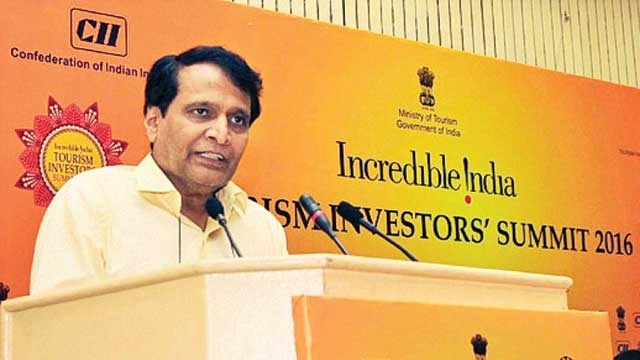 The Indian Railways will soon become more environment friendly and will cut down its dependence on conventional fuel such as diesel by further track electrification, said Railway Minister Suresh Prabhu on Monday. He was speaking after releasing the 2016-17 annual report on ‘Environment sustainability of the Railways’, on the occasion of World Environment Day. The Minister also released a new water policy to ensure efficient use of water by the Railways.

“Reducing dependence on conventional fuel is our priority for environment conservation and we are targeting electrification of the railway tracks so that the use of diesel may get nominal,” said Prabhu adding that track electrification will reduce emissions by a significant extent.

The Minister also said that the Railways has created a separate environment directorate and is working with the United Nations Environment Programme. Stressing on “going green”, the Minister said the environment conservation can help in boosting the economy.

“The Railways will be saving Rs 300 crore a year through a concerted effort to conserve water and restore water bodies on rail land across the country,” Prabhu said.

The minister also advocated use of other forms of the renewable energy and said, “We are switching to other renewable sources of energy like solar and wind energy.”