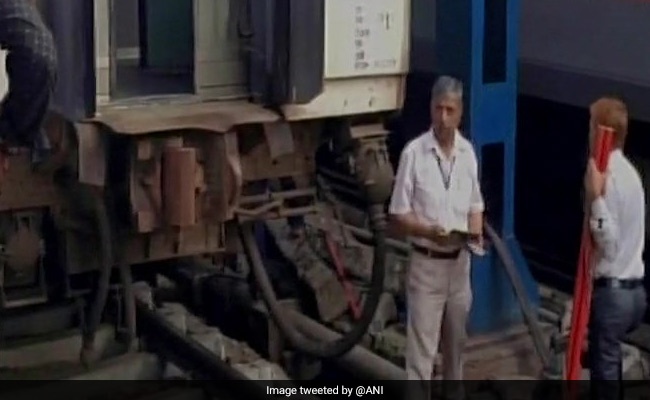 A coach of Jammu Tawi-New Delhi Rajdhani Express derailed today at the New Delhi Railway station in the national capital, but no one was injured in the incident, a Northern Railway spokesperson said.

The incident took place around 6.00 am when the train was entering the platform, the spokesperson said.

Nobody was injured in the incident, the official said.

The incident is the latest in a series of rail accidents in this month.

On September 7, seven coaches of Jabalpur-bound Shaktipunj Express jumped the rails near the Obra Dam station in Sonbhadra district in Uttar Pradesh at around 6:25 am while the engine and power car of the Ranchi-Delhi Rajdhani Express derailed near Minto Bridge in Delhi, injuring a person.

Two wagons of a goods train derailed in Khandala in Maharashtra on the same day.