Rain To Blame For Mumbai Stampede That Killed 23, Says Railways 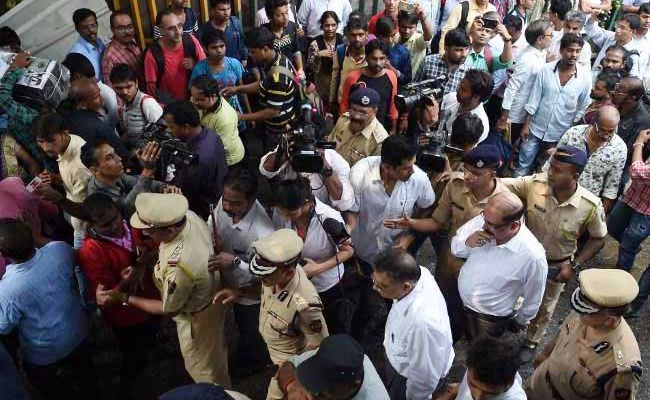 The stampede at a Mumbai railway bridge that left 23 dead last month has been blamed on rain and rumours by a safety committee of the railway ministry, which does not refer to any official negligence.

The report by five officials says that on September 29, the heavy rain led to overcrowding at the narrow bridge connecting two stations and its staircases as “commuters refused to step out in the rain”.

The committee says it questioned 32 people injured in the stampede while investigating what caused it.

The stampede broke out during rush hour when thousands took a narrow railway bridge connecting two of the busiest stations in Mumbai – the Elphinstone Road and Parel stations. Four trains rolled in at the same time and a large crowd poured into the bridge that was already bursting with people taking shelter from the sudden downpour. A few commuters slipped, and people fell on them.

Angry commuters and residents had called it a disaster waiting to happen as they said the bridge was too narrow and not strong enough.

Making recommendations the report says that railway staff at the Elphinstone station should be equipped with walkie talkies so that they can communicate faster under such circumstances.