Railways Used To Build Tanks For Army, Which Is Now Building Its Bridges

Nov 2, 2017 Posted by Indian Railways Updates Indian Raliways News Comments Off on Railways Used To Build Tanks For Army, Which Is Now Building Its Bridges 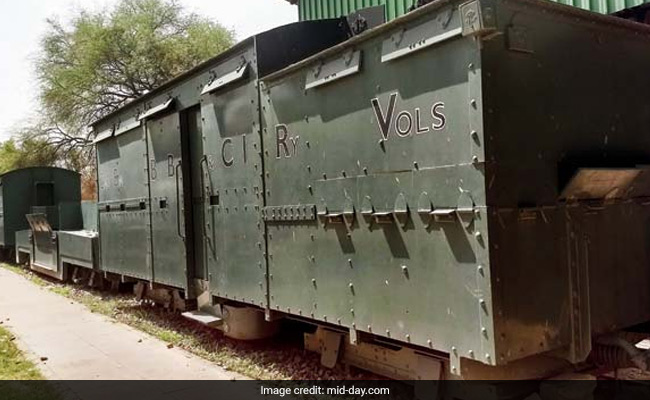 It was the end of an illustrious legacy yesterday. Once, the Indian Railways used to manufacture war tanks, hand grenades, shells, etc, in its workshops. Yesterday’s decision by Railway Minister Piyush Goyal turned the tradition around. The Army’s help has been sought to finish railways’ job – building three foot overbridges, one each at Elphinstone Road, Currey Road and Ambivli stations.

The Indian Railways has a glorious history of manufacturing sturdy war material, at short notice, that was used in World Wars and battles with China and Pakistan. The workshops of the old Bombay Baroda and Central India Railway (now Western Railway) at Dahod and Lower Parel used to manufacture war material, which is now on display at the Churchgate heritage gallery.

Yesterday, it was Indian Army’s Military Engineering Services (MES) that took charge of the extensive meetings with officials of the Central and Western Railway teams to finalise the locations of the three foot overbridges.

Earlier, during a visit to Elphinstone station a month after the stampede, Goyal, accompanied by Defence Minister Nirmala Sitaraman, Chief Minister Devendra Fadnavis and other top officials, had surveyed the accident site and announced the decision.

Finishing the job
Giving details of the locations of the bridges, Chief Public Relations Officer, CR, Sunil Udasi said that at Elphinstone Road, the existing Dadar-end bridge at Parel station would be extended towards the IndiaBulls side, while at Currey Road, the new bridge would link the east and the west, but the location would be finalised in a day as the landing was on BMC land. At Ambivli, the bridge would come up at the Igatpurui end with landings in east and west and also on both the platforms, he added.

“Such a task is not meant for a soldier. These are the civilian administration’s responsibilities. The army should not be called upon for such duties, because it amounts to frittering away of their resources. There is plenty of scope for employing these resources for development in border areas,” he said.

Former member of the National Railway Users’ Consultative Committee Subhash Gupta said this was a slap on the face of railway engineers by their own minister. “Because the local officials did not hear commuters’ complaints and ignored their demands, it came to this. The minister wants to show that no one is indispensable… he has belittled his own team,” Gupta added.

Army’s proposal
Defence Minister Nirmala Sitaraman said that when BJP president Ashish Shelar approached them for help, she was curious to know the army’s viewpoint. “Mumbai is always under so much of pressure, and whenever there is a disaster, the army always runs to help. This is probably the first time that it will be doing civil work,” she added.

“I am thankful that the army said yes. They said they were keen to be a part of nation-building; after all, Mumbai is a key city that provides jobs to so many people.

“After the proposal was mooted on October 6, teams from MES, headquartered in Pune, studied the issue and also went to a few stations to assess if work could be done. They then came up with a proposal for three stations.”

In war, Corps of Engineers provides mobility to its forces by constructing bridges, tracks and helipads, and operates major military engineering organisations in the country.

Meanwhile, Shiv Sena, which has been targeting the BJP, lobbed another one at it. “The local MPs were not even informed or told about the visit. Elphinstone Road should have got the same attention when two MPs, an MLA and a former mayor from Sena raised the issue,” said local MP Arvind Sawant.