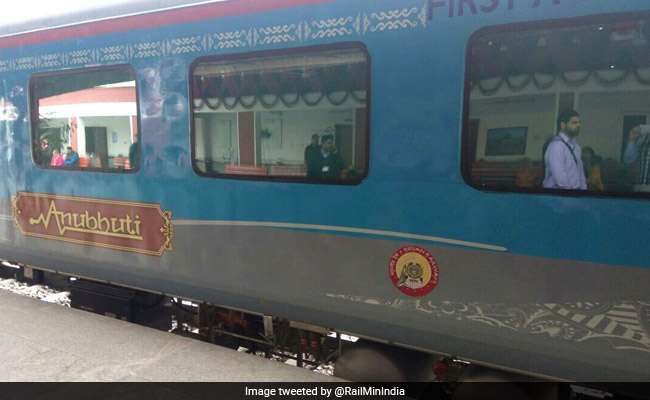 Here are 10 things to know about the Anubhuti coaches, introduced on the Chennai Central-Mysuru-Chennai Central Shatabdi Express:

1. Trains 12007 and 12008 of the Chennai Central-Mysuru-Chennai Central Shatabdi Express service will be augmented by an ‘Anubhuti’ coach from Friday, January 12, 2018, according to the press release.

3. Overhead reading lights are provided for every seat and the coach has diffused LED lighting, the Southern Railway said.

4. Besides, the coaches have a GPS-based passenger system and a special exterior painting with anti-graffiti coating.

5. The fare for travel by ‘Anubhuti’ coach is fixed at 1.2 times of the Executive Class fare of Shatabdi trains.

6. Other charges such as reservation fee, superfast surcharge, GST, etc. as applicable will be levied separately.

7. Normal rules pertaining to Child Fare will apply, according to the Southern Railway.

8. Concessional tickets and free complimentary passes which are not fully reimbursed will not be allowed, it noted.

9. Seats remaining vacant at the time of first charting will be offered for current booking at a 10 per cet discount on last price.