Railways in the process of developing SFC: Suresh Prabhu 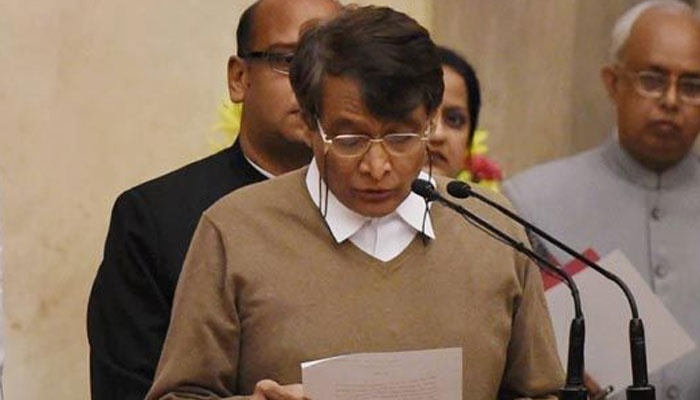 Indian Railways is in the process of developing a Southern Freight Corridor (SFC), which would be connected to one of three corridors, Union minister Suresh Prabhu said on Sunday.

The three Dedicated Freight Corridors (DFC) planned by the Railways will provide logistics support to the ‘Make in India’ campaign and one of the corridors will be connected with the Southern corridor for the benefit of smooth movement of freight from Southern states, Prabhu told reporters here.

“The southern states will significantly benefit from the DFC as it will be connected to southern part of the country,” he said.

Stating that freight corridors will completely criss-cross the country boosting freight movement, Prabhu said, “We will have to develop a huge backbone of infrastructure for the logistics, if Make in India has to succeed.”

He said that 10 products were the mainstay of Railway’s income and two-third of the revenue came from the freight.

However the income from freight was on a declining trend in the last couple of years, despite increase in tonnage, and in order to augment revenue, freight rates will be reduced soon, Prabhu said.

To a query on plans to help farmers in distress, Prabhu said that the Railways has operated additional freight trains to lift onions from Maharashtra to help the farmers.

Noting that transportation of the produce was the biggest problem being faced by the farmers, the minister assured that Railways will extend any support required for them and asked Container Corporation of India to look into the issue.

Stating that the farmers, who are in difficulty, are of the top priority of the Government, Prabhu said that if required necessary cold chains and storage facilities can be extended to them.

To another question on GST implementation, he said “It is good for economy.”