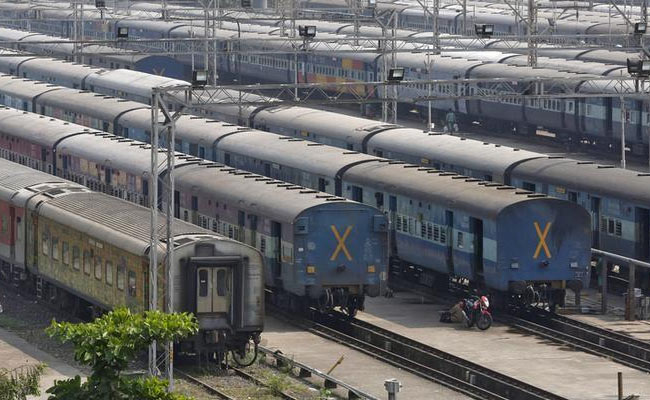 The railway ministry has already initiated measures like inducting modern coaches, creating a safety fund as well as incorporating new technology to not only plug accidents due to derailments, but also to reduce casualties, a senior ministry official said today.

A key step was introduction of sophisticated Linke Hofman Busch (LHB) coaches replacing conventional ones in a phased manner to reduce the chances of derailment and bringing down the possibility of grievous injury or death in case of accidents such as the one that took place in Khatauli yesterday evening, he said.

“These (LHB) coaches have anti-climbing features and provision of superior braking and lesser chances of uncoupling of coaches in case of accidents. Besides, the railways have speeded up the use of modern technology such as ultrasonic system to detect track defects,” the official, who did not want to be identified, said.

According to the railways, under the rolling stock production programme, there will be only 801 conventional coaches manufactured in 2017-18 and, subsequently, no such coaches will be produced.

The train-protection warning system (TPWS) and the train- collision avoidance system (TCAS) are also being used to prevent accidents, the official said.

Railway Minister Suresh Prabhu had launched ‘mission zero accident’ in the 2016-17 Rail Budget for carrying out a special drive to curb accidents.

The Rashtriya Rail Sanraksha Kosh, a special safety fund, was created in the 2017-18 budget with a corpus of Rs. 1 lakh crore over a period of five years for financing critical safety-related works.

While the TPWS has been installed on a 342-km route, the TCAS is being tried on a 350-km route, the official said. “It is crucial for safe running of trains to ensure track security. So, track renewal has been undertaken on a priority basis and adequate funds have been allocated for this purpose,” he said.

Since unmanned level crossings are responsible for the maximum number of train accidents, the railways intends to eliminate all such crossings on broad gauge sections by 2020.