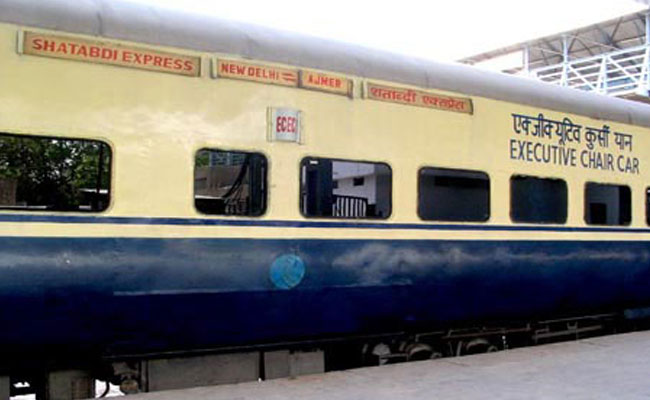 IRCTC or Indian Railway Catering and Tourism Corporation, the e-ticket service provider for Indian Railways, says e-tickets – or tickets booked online – can be cancelled online till chart preparation. E-ticket cancellations are not allowed at railway counters. For trains starting up to 12 noon, chart preparation is usually done the previous night, according to the IRCTC website – irctc.co.in. Cancellation would be confirmed online and the refund would be credited back to the account used for booking online tickets. If there is any partial cancellation of ticket, please ensure that a fresh e-reservation slip (electronic reservation slip) is printed separately as done for the original ticket, the IRCTC website adds.

1) If a confirmed ticket is cancelled up to 48 hours before the scheduled departure of train, ticket cancellation charges will be deducted – Rs. 240 for AC First Class/Executive Class, Rs. 200 for AC 2 Tier/First Class, Rs. 180 for AC 3 Tier/AC Chair car/ AC 3 Economy, Rs.120 for Sleeper Class and Rs.60 for Second Class. Cancellation charges are levied on a per passenger basis.

2) If a confirmed ticket is cancelled within 48 hours and up to 12 hours before the scheduled departure of train, ticket cancellation charges will be 25 per cent of the fare subject to the minimum flat rate mentioned above.

4) A refund will be granted on an RAC (reservation against cancellation) ticket or wait-listed tickets up to 30 minutes before the departure of train.

5) The e-tickets should be cancelled through internet and the refund of fare will be credited to the account from which the booking transaction took place, after deducting the applicable ticket cancellation charges.

6) No cancellation charge is levied and full fare is refunded to passengers holding confirmed, RAC and wait-listed tickets if the journey is not undertaken due to late running of train by more than three hours of scheduled departure, subject to the condition that the ticket is surrendered prior to actual departure of train.

7) In case of cancellation of trains, for e-tickets, an automatic refund is granted. Filing of TDR or ticket deposit receipt is not required.

8) For a PRS (Passenger Reservation System) counter ticket, in case of train cancellation, a refund is permissible within three days excluding the scheduled day of departure of train.

9) Under the existing rules, no refund is granted on cancellation of confirmed Tatkal tickets. If a train is running late by more than 3 hours or train is cancelled, you can file TDR with proper reason for claiming refund, says the IRCTC website.

10) In case of e-ticket issued for travel of more than one passenger, some passengers have confirmed reservation and others are on RAC or waiting list, full refund of fare less clerkage, shall be admissible for confirmed passengers, subject to the condition that the ticket shall be cancelled online or online TDR shall be filed for all the passengers up to thirty minutes before the scheduled departure of the train, says IRCTC website. Other details about rules on railway cancellation and refund can be checked in this notification.