Railway safety in focus: At least 15 trains have derailed in less than three months

Nov 30, 2017 Posted by Indian Railways Updates Indian Raliways News Comments Off on Railway safety in focus: At least 15 trains have derailed in less than three months 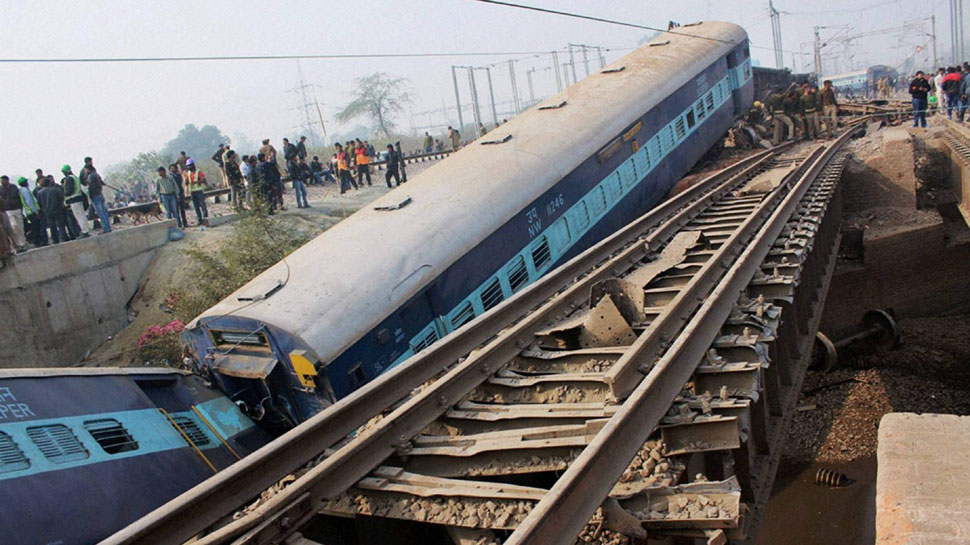 A six-year-old boy and his father were among three passengers who killed after 13 coaches of Vasco Da Gama-Patna Express derailed near Manikpur Railway Station in Uttar Pradesh on Friday. At least nine others have also been injured in the accident.

In the second accident of the day, 14 bogies of a coal-laden goods train derailed near Jagatsinghpur in Odisha.

There has been a spate of derailments in the recent past which has raised concerns over the safety of railway operations in the country.

Here is a list of derailments that have taken place since September:

2. Three coaches of a goods train derailed on Achhnera-Mathura rail route on October 04. No casualties were reported.

3. Sixteen coaches of goods train derail near Nergundi station in Odisha in the wee hours of September 27. The accident disrupted rail traffic on the route.

4. Two coaches of a passenger train derailed in Agra on September 23. The train was moving to the yard for cleaning when the derailment took place around 4 AM.

5. The engine of a goods train jumped the tracks near Sitapur Cantt station around 7.10 am on September 19. It was the middle engine of the goods train which derailed.

6. On September 18, just a few house hours before the engine of the goods trains derailed, the Burhwl-Balamau passenger train got off the tracks around 9:40 pm.

7. The last coach of Jammu Rajdhani Express derailed at New Delhi Railway Station at 6 am on September 14. The derailment took place when the train was entering platform no 15 of New Delhi railway station.

8. A rail engine derailed at the Egmore railway station in Chennai on September 11. The incident happened on Platform number 1 when the engine proceeding to the yard derailed.

8. An empty coach of Sealdah Express derailed on September 10 at the Jammu railway station. The incident took place when an empty boggie of the Express train was being brought to the platform from the washing area.

9. The engine of Kashi Vishwanath Express derailed at the New Delhi Railway Station while going towards the yard on September 7.

10. Two wagons of a goods train derailed near Khandala on Thursday at around 3:55 pm on September 8.

11. On the same day, seven coaches of Jabalpur-bound Shaktipunj Express jumped the tracks near the Obra Dam station in the Sonbhadra district of Uttar Pradesh.

12. There was a third accident on the same day when the engine and power car of the Ranchi-Delhi Rajdhani Express derailed near Minto Bridge as it was approaching the Delhi station.

13. Seven coaches of Howrah-Jabalpur-Shaptipunj Express derailed at Obra near Sonbhadra in Uttar Pradesh on September 7. The train was running at a speed of about 40 km/hr when the derailment took place.

14. One wagon of a goods train derailed near a level crossing in Odisha’s Cuttack on September 3. The train was proceeding towards goods shed at Cuttack railway station around noon when the derailment happened.