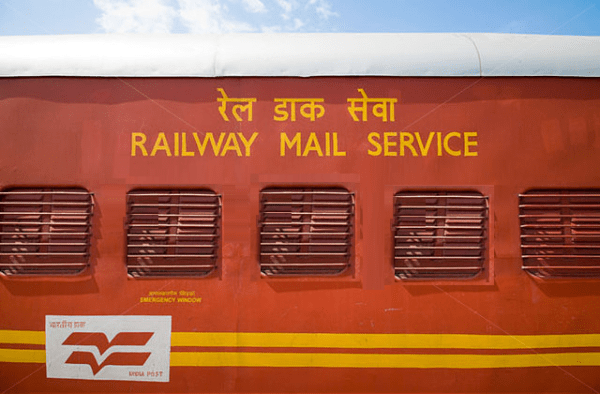 Department of Posts, trading as India Post, is looking to modernize postal services including Railway Postal services through budding technologies.

Blockchain technology can be used to add a layer of security to the delivery of high value parcels, including luxury items. “Blockchain is secure and trusted as only authorised persons are allowed to open parcels,” the Director said.

Given the synergy between blockchain-based technologies and IoT devices, it is not a far stretch of the imagination to see a possible collaboration of technology platforms between these two state-run agencies viz. India Posts and Indian Railways, with IoT devices reporting to a blockchain platform. If this happens, it’s possible that both India Post’s and Indian Railways applications of blockchain technology and IoT may give rise to a shared technology that can track posts going through rail channels.

With similar goals of introducing new technology, Indian Railways also entered the areas of innovating with IoT devices. As per the report, the broadcasting spectrum would allow a wireless communications array to integrate with IoT sensors. Such sensors may provide better alerts to authorities, enabling them to more effectively stop trains to prevent accidents and perhaps save lives. It will also improve the logistics service of goods delivery.

Four different ways to use Blockchain technology to improve services

The report also suggests that the mail services should consider using blockchain technology for identity purposes, supply chains, device networks, and possibly even a cryptocurrency to be issued for purchasing postage with. The blockchain technology could impact the Postal Service’s business in several ways. The Postal Service could improve its existing services by beginning to experiment with the financial applications of blockchain.

The first of the four areas that the report targeted for blockchain disruption is financial services. Although the India Posts Payment Bank offer a full line of banking services, there are still services such as printed money orders and international electronic money transfers, where a cryptocurrency solution could save money and increase efficiency.

There is also a recommendation for creating a centrally-run digital currency “PostCoin“. Although financial applications on the blockchain do not need intermediaries to function, having a trusted entity like the Postal Service acting to facilitate its fair, affordable, and transparent use may help address many of the challenges that currently prevent individuals and businesses from taking advantage of this technology.

The report explores two possibilities for creating the PostCoin, the option “to ‘buy in’ to an existing, public blockchain” and the option “to create a brand new blockchain altogether.” The benefits and challenges of each choice are examined, including implementation. “The Postal Service could use the Bitcoin protocol,” it stated, or “another open source software.”

The PostCoin could be used for more than replacing money orders and remittance transactions, states the report. They suggest the currency would be used as a kind of ATM network, and to purchase postage worldwide, across a global network of 600,000 post offices.

Digital Identity is the second major area of opportunity for blockchain disruption mentioned, and the report suggests storing verified identities for all citizens on their blockchain, even for use outside of the postal system. “Identity services are one of the biggest areas of opportunity in the blockchain community, and the Postal Service, as a highly trusted government agency, would be well-suited for a role in identity verification.”

“The Postal Service could verify identities in-person at a post office by using an identification card, such as a driver’s license, Aadhar or a biometric ID, such as a fingerprint,” the report continued. “It could further link that virtual identity used by the customer to operate within a blockchain system with real-world identifiers, such as a person’s postal address.”

The customer benefit derived from such a system could be available in far more roles and applications than any state ID system has attempted to address before. “Customers could use these verified identities to login to secure websites, notarize documents, or participate in smart contracts.”

The least well-known area for opportunity covered in the report was about Device Management, pertaining to the agencies’ own Internet of Things (IoT), including delivery trucks, hand scanners, terminals, and mailboxes. Putting all of these devices on a shared blockchain offers attractive cost savings, through security and efficiency gains.

As the Internet of Postal Things scales and thousands of more devices are brought online, blockchain’s decentralized control and verification system could potentially allow devices to more securely record and transfer data.

The final opportunity for disruption may be the biggest cost saver of them all, focusing on the overall postal system supply chain management. Supply chains are explored in the report as a way of “using blockchain to identify packages and mail in the same way individuals can be identified.” Added benefits include tracking every single postal letter and package on a blockchain, removing the need for trust throughout their entire system, and even operating smart contracts for each package.

Although they make no cost savings estimates, it is clear that the improvements could be sweeping, and touch every part of their system. “In essence, blockchain technology allows for close linkages between the financial, logistics, and delivery parts of commercial transactions with the power to unify payment and delivery in one seamless experience.”

“Imagine if each mailpiece was embedded with a sensor that could keep track of its own chain of custody while executing smart contracts for payment and customs clearance. Each mailpiece, whether a parcel or letter, could be uniquely identified on a blockchain and have the ability to create transactions, allowing for the timely sharing of information and processing of payments.”

Although the report admits it would be cost prohibitive to put such a sensor in each letter and package, it presumes that some customers may pay more for that level of service, while most letters only need a simple barcode printed on them for tracking, like we have today, but referencing the blockchain.

Between the four areas of opportunity mentioned, the report makes no claims which should be implemented first and strongly suggests research for each of them.

The upgradation of information technology platform, equipment and processes to generate accurate and high-quality data for years, amidst financial challenges. “In many ways, the entire Postal organization is going through a data-driven transformation,” the report states “How we use this information is changing the way we manage the organization.”

“Here at the Postal Service, we’re not standing still — we never have. We have a long history of adaptation, embracing new technologies and innovating to meet the evolving needs of the people we serve. We’ll keep investing in the future because we’re always looking forward,” said a senior Technical resource at India Post.

The India Post isn’t the first postal system to consider the upside of using blockchain technology. The public and private jointly-owned enterprise that delivers Australia’s mail, Australia Post, has been considering using blockchain tech for identity management purposes since at least March of this year and the other major organisation is the US Postal Services. Both are also facing financial challenges, suffering a net loss of US$5.06 billion in 2015.

Their investigations have so far been limited to improving their process for issuing digital identification, while the USPS seems to be considering any use for blockchain tech. A similar use for the technology in identity management has been considered in the U.S. already too. The U.S. Department of Homeland Security, through the Small Business Innovation Research (SBIR) program administered by the U.S. Small Business Administration (SBA), has been exploring potential applications in identity management as well. The agency said that it is seeking to “Design information security and privacy concepts on the blockchain to support identity management capabilities that increase security and productivity while decreasing costs and security risks for the Homeland Security Enterprise (HSE).”