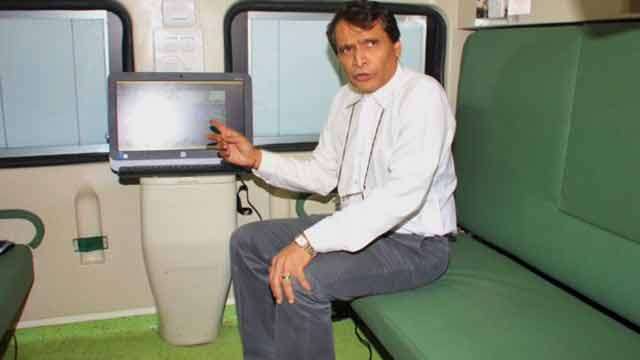 A railway committee is looking at cutting down red tape to ensure the speedy disposal of files and promote efficiency in the public sector behemoth, according to its draft report.

The present structure slows down decision-making, promotes inefficiency and increases transaction costs, the committee, headed by the director general, personnel, said in its report.

Set up by Railway Minister Suresh Prabhu in March under the Minimum Government and Maximum Governance campaign, the committee is expected to submit its final report next month.

The draft report, a copy of which is with PTI, suggested reductions in bureaucracy levels to speed up the decision- making process and “minimise government”.

It said decisions could move faster if the levels at which a file moved were cut down.

Recommending that no file be kept at any level internally for more than one or two days, it said decisions should be finalised within 14 days.

“The present practice is that there are several layers of file movement. We have recommended restricting levels to a maximum of four which do not include sub-levels since such examinations are often without accountability and value addition,” a senior official said.

There was no defined schedule of powers indicating clear authority and the process to be followed, the official added.

“There is a tendency to obtain approval or sanction of a higher authority for perceived immunity,” he said.

It also suggested an “alignment to analogous organisations in other ministries”, or linking to departments elsewhere with similar concerns.