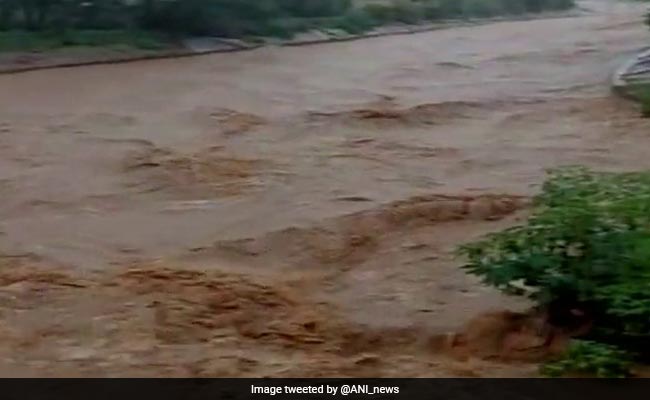 The flash floods resulted from an alarming rise in the water levels in the Nagavalli and the Kalyani rivers.

Four Mi-17 V5 helicopters of IAF have been tasked for the relief and rescue operations. The choppers, detached for OpTriveni under the Central Air Command, based at Raipur/Jagdalpur, were on a standby awaiting weather clearance.

“As it is not possible to rescue the people through boat and Odisha Disaster Rapid Action Force, the assistance of Indian Air Force is required for the rescue operation and airdrop of relief material in the affected areas of Rayagada district. Four helicopters have been requisitioned,” said a defence official.

“There are flash floods in Kalyansinghpur of Rayagada caused by the rivers Nagavalli and Kalyani,” Chief Minister Naveen Patnaik said after reviewing the flood situation at an emergency meeting held at the office of the Special Relief Commissioner (SRC).

Stating that the state control room in the SRC office is tracking the situation, Mr Patnaik said the ODRAF, fire service and CRPF were on the spot for undertaking rescue and relief.

The help of the Army, Navy and Air Force helicopters is sought and instructions have been issued to take all immediate steps to ensure relief and rescue and other mitigation measures, he said.

“No effort will be spared to ensure the safety of the people,” the chief minister said.

While the district collector is also in the charge of the situation, the development commissioner has been directed to coordinate with all the departments. The revenue divisional commissioner (southern division) and Range DIG have been instructed to closely monitor the situation, he said.

Helicopters would be used for rescuing a large number of people trapped on rooftops as their houses had been submerged by flood water besides dropping food packets and relief materials, said an official.

SRC Bishnupad Sethi said the concerned officials had already been alerted on the basis of forecasts by the IMD about heavy rainfall in the northern region.

He said two bridges had been washed away causing disruption of road connections, while a railway bridge was also damaged disrupting train services.

A road link between Rayagada and Bhawanipatna has been snapped as flood water is flowing on a major road.