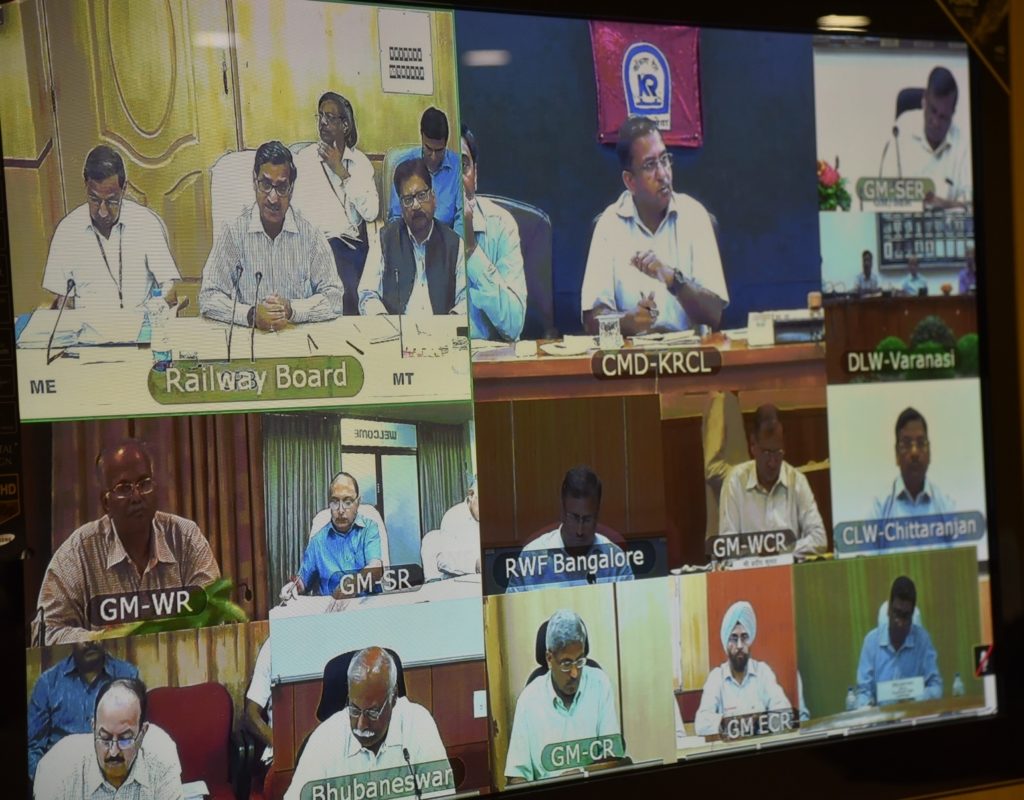 A.K.Mital, Chairman, Railway Board (CRB), New Delhi stressed on according top priority to Passenger Facilities, Safety and Punctuality on the Indian Railways. He was addressing a high level performance review meeting of General Manager’s (GMs) of all the Zonal Railways including Production units on the aspect of Safety, Punctuality, Loading and Works in progress today i.e., 9th Aug, 2017 from Railway Board, New through video conference.

Interacting with the General Manager’s, Shri A.K.Mital stated that top priority shall be accorded to safety in train operations. He instructed General Mangers to conduct more surprise inspections to ensure safe travel of the passengers and in providing good facilities, since they are our stakeholders and at the same time punctuality should also be maintained. Further he instructed the officials to focus on cleanliness during Swachh Phakwada Drive commencing from 16th August, 2017. He advised all the General Managers to take up measures to address the passenger complaints with regard to catering, watering facilities in coaches etc. The Chairman Railway Board wanted that importance be given to ongoing rail developmental works (Doubling, Tripling, Electrification etc)  for completion in target time and was appreciative of SCR for being on Target. Speaking on freight loading, he advised the officials to identify the key issues  to focus for gaining business.

Vinod Kumar Yadav, General Manager, SCR spoke on the performance and achievements of the Zone. He stated that the Zone is able to attain target mile stones in doubling, tripling and electrification works as well as reach the mark in Revenue earnings. Shri Vinod Kumar Yadav added that some issues such as works related and cleaning contracts etc need Railway Board’s attention.