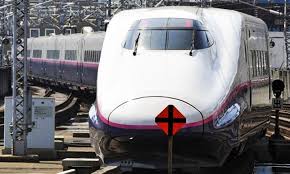 Following Rail Vikash Nigam Limited’s submission of the final feasibility report of a bullet train in the Delhi-Kolkata corridor, the Railway Board has now entrusted it with the feasibility study of two more alignments from Kolkata.

The Kolkata-Mumbai (1,968km) and Kolkata-Chennai (2,182km) corridors will be part of the high-speed railway network called Diamond Quadrilateral.

In fact, the Mumbai-Nagpur alignment will be the first phase of the proposed Mumbai-Kolkata corridor. The feasibility study is being done under government-to-government cooperation with Spain by Adif-Ineco.

Similarly, the feasibility study for Kolkata-Chennai corridor is to be decided by the ministry of railways. According to officials, this is quite similar to the Golden Quadrilateral highway project of the NDA government under Atal Bihari Vajpayee.

At present, the travel time by train from Kolkata to Mumbai varies from 26 to 40 hours. Duranta takes 26 hours to reach Chhatrapati Shivaji Terminus while Jnaneswari Express takes 30 hours to reach Lomanyatilak Terminus (Kurla). The high-speed bullet train can reduce the travel time to less than 10 hours, said a Railways official.

However, the biggest challenges to these projects are land acquisition and capital investment. Like in Bengal, acquiring land will be a major issue all along these corridors. Land requirement for these is, however, smaller compared to a six-lane highway. A wide double-line high-speed corridor requires land that is 15-m wide while a six-lane high-speed road requires land that is 35-m wide. But a high-speed railway corridor allows more passengers per hour, said an RVNL officer.

High-speed railway (HSR) involves high capital cost and high demand risk due to higher tariff as compared to conventional rail. This is why the tracks will be dedicated and mostly elevated. The emphasis will be on alternative revenue sources like real estate, carbon credits and cross-subsidy from road/air travellers.

Each HSR corridor will have a long gestation period and will be highly capital intensive. The project will require seamless coordination among central government ministries, government agencies and state governments, as well as strategic thinking.