Dec 25, 2017 Posted by Indian Railways Updates Indian Raliways News Comments Off on Rail Ministry asks Officials to gear up for New Railways by 2022 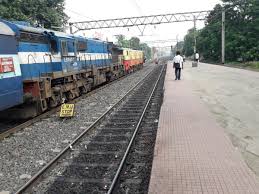 The Railway Ministry on Saturday announced to move forward on the path of connecting (sampark), improving co-ordination (samanvay) and finding solutions (samvad) to the critical issues facing Indian Railways and emphasised for a new railways for India by 2022.

Railway Minister Piyush Goyal asked the railway employees to think out of the box to enable game-changing reforms and bring about transformational results.

Speaking at a high-level conclave titled “Sampark, Samanvay, Samvad”, Goyal stressed the need to gear up Railways for New India by 2022 and his vision of New Railways 2022, which would ensure speed, safety and service for consumers.

The Railway Ministry conducted the brainstorming conclave to deliberate on the vision for a new railways. The conclave was attended by the Minister of Railways and Coal Piyush Goyal, the Minister of State for Railways Rajen Gohain and more than 250 senior members of Indian Railways from across the country.

The meet focused on transforming Indian Railways to meet Prime Minister Narendra Modi’s vision of ‘New India’ by 2022, sources said adding it was in continuation of the previous conclave, Rail Vikas Shivir, held in November 2016 during the tenure of Goyal’s predecessor Suresh Prabhu.

Goyal laid out 10 principles, which have helped in delivering results earlier in making India a coal surplus nation as well as in the

rapid electrification of around 18,500 villages including in the remotest corners of the country.

Guest speaker, Sonam Wangchuk, renowned educationist, scientist and innovator, who was also the inspiration for the popular Three Idiots film, spoke to the audience about his personal story of facing challenges and innovating in the face of adversity.