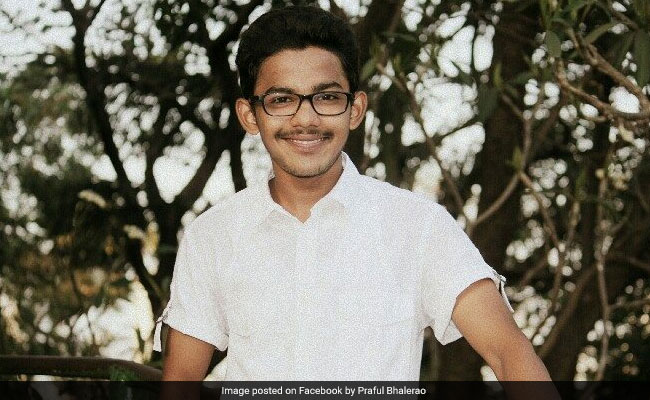 A household face on Marathi television, Praful Bhalerao, died in a train accident in Mumbai early this morning. 22-year-old Praful’s body was found on the track near Malad in Mumbai suburbs. The Railway police told news agencies that they received a call at 4.30am saying a person has been found lying on the track. Praful was taken to the hospital where he was declared dead. The mishap took place when Bhalerao was on his way to Goregaon from Malad in the western suburbs, a police official said.

The Borivali Railway Government Police told news agencies that the actor was trying to board a fast moving train at platform number two in Malad station; he may have slipped and fallen on the track and injured his head. Praful’s body was sent for post mortem and a case of accidental death has been registered said police, though they are investigating further. Reports say eyewitnesses described how Praful was leaning outside while the train gained speed after leaving the platform.

Praful Bhalerao shot to fame as a child actor for his role in the popular TV series ‘Kunku’ – a story of the journey of a village girl Janki from rural Maharashtra to Mumbai. In the family drama, Praful played the role of Janki’s brother. The actor became very popular for his sensitive performance in ‘Kunku’. The young actor had also featured in other Marathi TV serials like ‘Tu Majha Sangati’, ‘Nakushi’ and ‘Jyotiba Phule’.

Praful had just stepped from the small to the big screen with a key role in ‘Barayan’, directed by Deepal Patil. The film on education and youth was released on January 12, the National Youth Day, marking the birth anniversary of Swami Vivekananda.