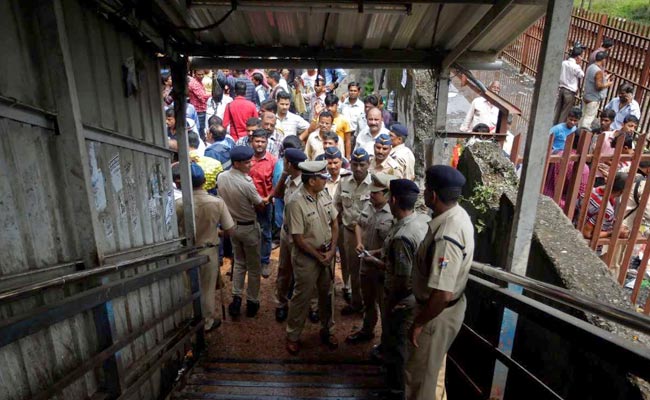 Police are examining CCTV footage and also the video clips shot by onlookers to find out what led to the deadly stampede on a railway footbridge at the Elphinstone Road station in Central Mumbai today morning.

“An Accidental Death Report (ADR) has been registered at the Dadar police station as the incident took place in the jurisdiction of city police,” assistant commissioner of police Sunil Deshmukh told PTI.

Police have got hold of CCTV footage of the bridge, he said. “We are also approaching some eye-witnesses to get information about the incident,” he added.
Some onlookers shot videos of the incident on mobile phones and police are seeking help from them for the investigation, he said.

A Railway Protection Force official had said that the footbridge got overcrowded and became slippery due to rain, which caused panic.

“Due to sudden rain, people waited at the station. When the rain stopped, there was chaos as people rushed out,” railways spokesperson Anil Saxena had said.