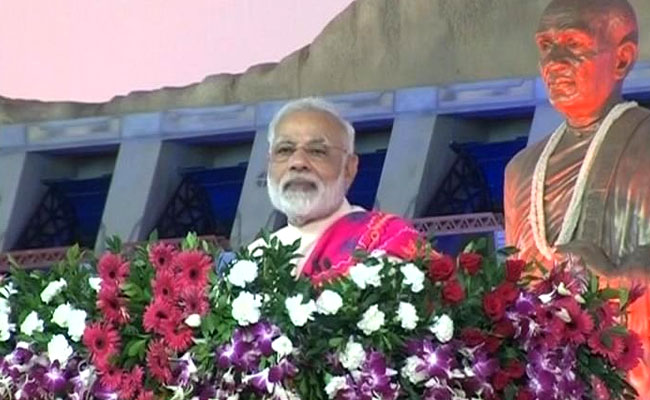 On its maiden journey, the train will run from Vadodara in Gujarat to Varanasi in Uttar Pradesh after the PM launches it using a remote control, they said.

The Modi government had unveiled the first rake of the Mahamana Express as part of Railways’ Model Rake Project in 2016.

The Mahamana Express with plush interiors — built under the Make in India initiative — currently runs on two routes of Varanasi-New Delhi and Bhopal-Khajuraho.

The new weekly train will run from Varanasi every Friday and from Vadodara every Wednesday.

The 1,531-km journey between the two cities will take 27 hour 30 minutes at an average speed of 55.7 km/hr, ministry officials said.
It has stops at Bharuch and Surat in Gujarat; Amalner and Bhusawal in Maharashtra; Itarsi, Jabalpur, Katni and Satna in Madhya Pradesh; and Chheoki in Uttar Pradesh.

The new train will have 18 coaches – one AC 1st class, two 2nd class AC, eight sleeper, four general, one pantry car and two guard brake vans. There is no AC-3 tier coach in the train.

The train has LED lighting across the coaches, special berth indicators-cum-night-light in reserved coaches to assist passengers boarding train at night.

Other facilities like fire extinguisher in all coaches, electrically operated chimney in pantry car and stainless steel panelling in luggage compartment have also been provided in the train.