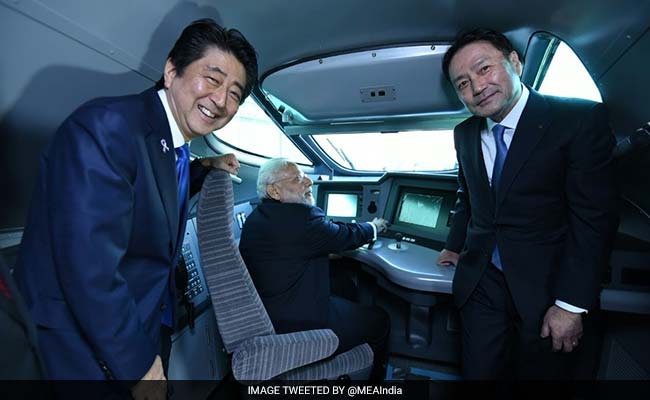 The bullet train, which has a capacity to accommodate 750 people, is expected to reduce travel time between the two cities from seven to three hours.

A sum of around Rs. 1.10 lakh crore will be spent on the project that is being partially funded by Japan.

The target for its completion is December 2023, though officials say there are indications that the government may seek an earlier deadline of 2022.

The train will stop at each of the 12 railway stations on the route, but only for 165 seconds. A 21-km-long tunnel will be dug between Boisar and Bandra Kurla Complex in Mumbai, of which seven kilometers will be under water.

The entire line will be at an elevation of around 20 meters which will reduce land acquisition.

After the laying of the foundation stone, an investment summit will also be held between the Indian side and a Japanese delegation comprising representatives from Japan External Trade Organisation (JETRO) and Japan International Cooperation Agency (JICA).