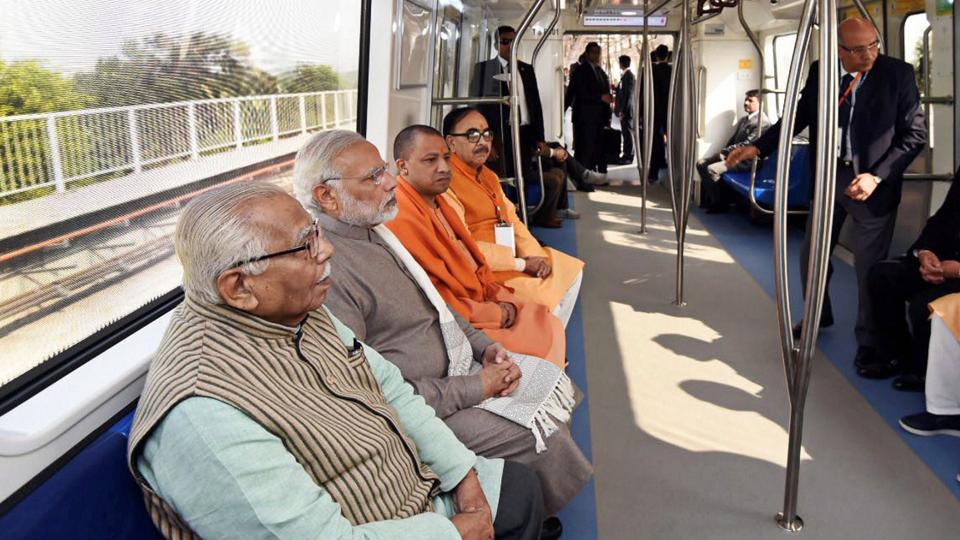 A section of Delhi Metro’s Magenta Line that connects Botanical Garden to Kalkaji. The 12.64-km stretch, part of the Botanical Garden-Janakpuri West corridor, aims to bring Noida closer to south Delhi. Earlier, passengers had to take a train from Noida had to switch Metro at Mandi house to go to south Delhi. Now, the journey that took 52 minutes can now be completed in just 19 minutes. This Metro line will immensely benefit the students of Jamia Milia Islamia and Amity University and officer-goers headed for Noida.

Noida and Faridabad have also come closer and those travelling to Faridabad will be able to change trains at Kalkaji Mandir and go directly to Faridabad, saving them a lot of time.

This line will also have an interchangeable station at Hauz Khas. Once this line opens completely, commuters from Noida to Gurgaon would be able to bypass the crowded Rajiv Chowk station and change trains at Hauz Khas station to reach Gurgaon.

The first-phase of Delhi Metro’s Magenta line has a lot in store. Commuters travelling via this route can look forward to every station having Wi-Fi connectivity, trains offering more space for those using wheelchairs, charging points that are USB compatible, LCD screens displaying videos, vibrant coloured seats and a host of other new features.

The Delhi Metro Rail Corp. has said the highly automated train will run initially with a driver but could become driverless in the future. An official said that it would have human operators for ‘a year or two’.

One of the new trains crashed through a wall at a depot last week, sparking concern about the automation technology. However, Delhi Metro said human error was the cause, with workers forgetting to re-engage the brakes after they had been disengaged for maintenance. The train rolled down a ramp and into the wall.

The Magenta Line is the latest addition to the Delhi Metro system, which opened 15 years ago and covers more than 200 kilometers (125 miles).

With the commissioning of the new line, the travel time between south Delhi and Noida will be reduced from 52 minutes to 19 minutes on the Magenta Line.

The entire line, when complete, will run from Botanical Garden to Janakpuri West.

The coaches will have LED information display, power charging capacity and colourful seats. The new stations have been decorated using themes of nature, yoga, and cultural landmarks.

This would be first line on the Delhi Metro network where driverless trains will be introduced along with the Communication Based Train Control (CBTC) signalling technology, which facilitates the movement of trains within a frequency of 90 to 100 seconds.

The platform screen doors (PSDs) are also being used for the first time. PSDs are glass-made screens installed near the edge of platforms that open only when a train arrives and shut after it departs.

Metro rides in Delhi-NCR got costlier this year after the fare structure saw two revisions. Starting at Rs. 10, the fare goes up to Rs. 60. Divided into six fare slabs, the new fare structure, Monday through Saturday, is:

Those carrying a smart card and travelling during off-peak hours — between 6am to 8am, 12pm to 5pm and 10 pm onwards — can avail a discount of 20 per cent. On Sundays and national holidays (January 26, August 15 and October 2), there is a discount of Rs. 10 across slabs. When the Metro had started operations in 2002, the minimum fare was Rs. 4 and maximum was Rs. 8.