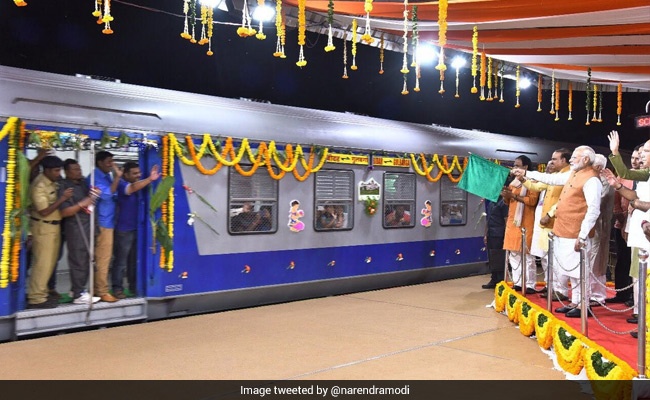 Prime Minister Narendra Modi, who is in Karnataka today, offered prayers at the famous Lord Manjunatha Swami temple at Dharmasthala. He then attended a function organised by the Sri Kshetra Dharmasthala Rural development Project in the temple town in Dakshina Kannada district. The prime minister symbolically launched the distribution of RuPay Cards for self-help group members who enrolled for Pradhan Mantri Jan Dhan Yojana through the Sri Kshetra Dharmasthala Rural development Project, a non-governmental organisation, during the programme. PM Modi symbolically transfered RuPay cards to women who would then conduct banking transactions in the MICRO ATMs placed on the dais during the programme. He then traveled to the state capital Bengaluru to attend a public function organised by the Vedanta Bharati at the Palace Grounds. He will also inaugurate the 110 km Bidar-Kalaburgi railway track in the Hyderabad-Karnataka region that will reduce the distance between Bengaluru and New Delhi by 380km and travel time by six to eight hours.