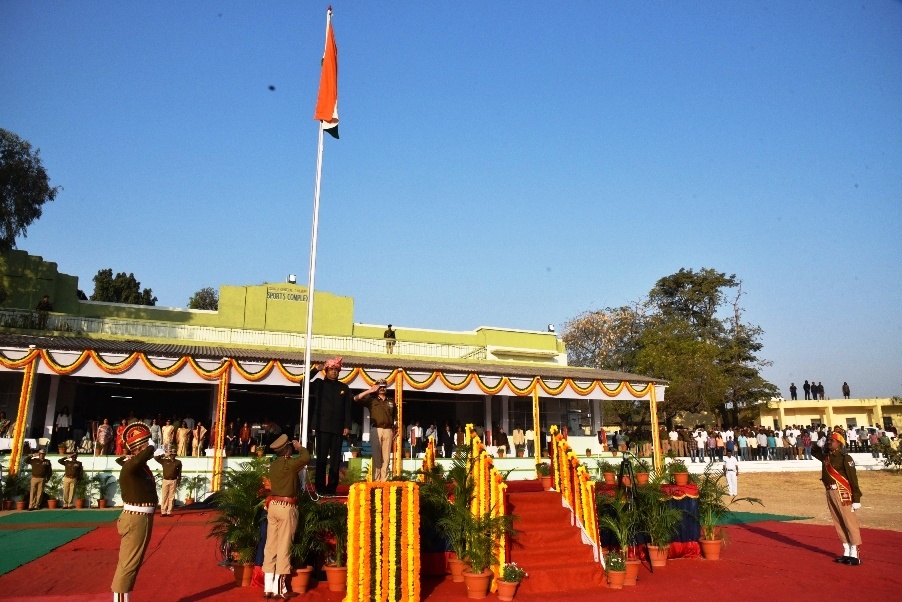 Delivering his address after inspecting the Parade, the General Manager, Shri Vinod Kumar stated that the Republic Day offers South Central Railway an opportunity to reaffirm its commitment to serve the Nation as a core transport service provider. Utilizing the occasion to share the performance and achievements of SCR in the current fiscal, the General Manager stated that the originating gross earnings of the Zone reached Rs.9472 crore till December, 2017 in the current financial year, around Rs.700 crore higher over the previous year.

Elaborating on the priorities of the Zone, Shri Vinod Kumar Yadav said that timely execution of infrastructure projects is high on the agenda for SCR. During the current fiscal till date, 113 kms of new railway line, 17 kms of doubling of railway line, 490 kms of electrification has been completed, which is a record for any single year. A core area for attention for SCR is the safety of train operations, towards which a Zero tolerance policy is in implementation to maintain nil accident record. Security and passenger amenities too has been given importance, the General Manager informed.

Stressing on the need for environmental protection, Shri Vinod Kumar Yadav stated that water conservation, development of full-fledged green environment at work places and railway stations, cleanliness in trains and at stations in tune with Swachh Bharat mission is high on the priority list for SCR. He spoke of promoting Digital transactions on SCR in a big way, which goes in tune with the achievement of the Zone as the first on Indian Railways to implement the concept of DigiPay station.